Rents: Can landlord and tenant freely agree rents in Russia?

The rent can be freely agreed between the parties. Reviews cannot take place more than once a year.

One month security deposits are normal in Moscow, this is usually set against the last month's rent by contract (there is no legal procedure).

What rights do landlords and tenants have in Russia, especially as to duration of contract, and eviction?

The lease period is not limited, and is not required to be specified in the lease contract. But if the period of lease is not specified, the contract is considered to be for an indefinite period and can be cancelled by either party at three months' notice. In practice in the 'elite/foreign' market, contract periods are usually between one to three years. 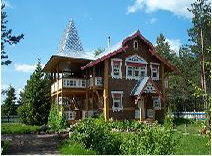 A lease must be in writing and signed by the parties.

The timing of rent payments is determined by agreement between the parties in the contract, usually monthly or a quarter in advance. In the elite market, rent is always denominated in dollars. Payments in cash are common.

With the consent of the landlord (not to be unreasonably withheld) the tenant has the right to assign, sub-lease or otherwise transfer his rights.

Subject to the written consent of the landlord (not to be unreasonably withheld) the tenant may make alterations to the property. Where he does not have the landlord's consent, the landlord is not obliged to pay at the end of the tenancy.

Rent contracts of one year and longer need to be registered in the State Registration Office (moszhilservis), a tiresome procedure that requires personal presence of both the landlord and tenant.

How effective is the Russian legal system?

Since the end of the Soviet Union, the government's main policy has been to establish market relations throughout the housing sector. All residents in multi-apartment blocks were granted the right to privatize the apartment in which they were living, for free. Over 70% of all housing stock is now in private hands.

This policy has left an enormous residue of problems. It was assumed that with this transfer the new owners would take over the management and maintenance of the housing stock. They have not. No legal structure to support tenants associations is in place. The new owners have very limited means, so in practice the municipal authorities continue to manage and maintain the housing stock. Only 1% of the total housing stock is managed by homeowners associations.

There is an almost total absence of maintenance. The municipally owned management and maintenance companies (zheks) are monopolistic, highly inefficient, and grossly overstaffed, and are perhaps 20% underfunded.

Much of the present housing stock was badly built, and is in poor repair. Much will need replacing within 10 years, especially the panel-built apartments. This unlikely to happen - so the present stock will further decay.

In the Soviet Union all housing was for rent, but the rents were infinitely small, ar R0.1 per sq. m., compared to utility charges of R24 per sq. m. (Russian citizens pay some of the highest utility charges in the world). So there has been no benefit to privatization - ownership of the new apartments is not registered and cannot even be used as collateral - and many tenants are now refusing to be privatized. 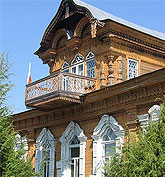 The formal law tends to be self-contradictory. The Law on the Fundamentals of Housing Policy (1993) began a program to increase rents, introduce housing allowances, introduced competitive bidding procedures, clarify property rights, and improve possibilities for mortgage lending. This became part of the Civil Code. But its provisions flatly contradict the 1983 Housing Code, a socialist code which remains in force. Whether regional or municipal authorities have power to act is often in doubt. Who owns the land or the building is frequently in doubt. Powers to evict tenants are almost non-existent. Money is scarce, the buildings are old.

Homeowners' associations are being set up, in new blocks of apartments. They are rubber-stamps for the developer, who monopolizes the provision of services - even so, better than what came before.