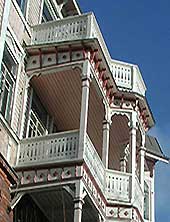 Rents: Can landlord and tenant freely agree rents in Finland?

Rent is determined by agreement between the parties, although it may be reduced by the courts, if the existing rent significantly exceeds the current average market rate charged on similar (or comparable) apartments in the area.

The parties cannot agree to allow the landlord unilaterally to increase the rent during the contract's validity, unless the parties have agreed the grounds on which the rent may be increased. However, rent can be linked to an index such as consumer price index or cost of living index, or a combination of an index and an additional clause stipulating a minimum adjustment (to ensure an annual increase of rent). But for fixed-term agreements of less than three years, index clauses are null and void.

Landlords may not require more than three months' rent as security. The sum must be returned with interest at contract termination, if the tenant has fulfilled his obligations.

What rights do landlords and tenants have in Finland, especially as to duration of contract, and eviction?

Unlimited tenancies. Tenancies are unlimited in time unless otherwise agreed.

Such arrangements are normally terminated by giving notice. A tenant can contest the landlord's action to terminate the contract. The tenant may claim damages and compensation for the cost of removal, plus a maximum of three month's worth of rent for the inconvenience. In cases where the tenant encounters a substantial difficulty in obtaining an alternative dwelling, the removal date may be deferred by the Finnish district court. This however may only be done once, and only up to a year. 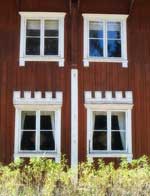 The landlord must give at least 6 months' notice, if the tenancy has been in existence for more than a year. Otherwise three months notice is mandatory. A tenant need only give one months' notice, regardless how long the relationship has been. These notice periods cannot be changed (either reduced or extended) in the contract or agreement.

Fixed-term agreements. Fixed-term tenancies, unlike unlimited ones, must be in writing. No maximum or minimum duration is prescribed. Fixed term contracts expire automatically at the end of the term, and it is very difficult to terminate them earlier.

Fixed-term agreements of no more than three months, which are renewed more than twice consecutively, become non-fixed term leases.

In both types of contract, the tenant may share the apartment, or lease no more than half the apartment. These rights cannot be abrogated.

How effective is the Finland legal system?