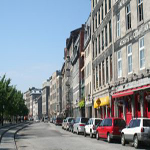 Rents: Can landlord and tenant freely agree rents in Canada?

The initial rent can be freely negotiated in all provinces. In Quebec, however, initially negotiated rents can be appealed if they are higher than a rent charged by the same landlord for the same apartment within the previous 12 months.

A 3-month or 90-day notice must be given before increasing the rent in all provinces, except in Nova Scotia where the requirement is 4 months, and Quebec where the notice is dependent upon the contract.

In Quebec, the landlord must tell the tenant the lowest rent paid for the property in the past 12 months. The new tenant can contest the proposed rent and ask the Régie du logementto fix the rent. During the contractual period, rents can be adjusted if agreed in the contract, but the changes can be appealed by any party to the Régie du logement. If the parties are having difficulty in reaching an agreement, the government will fix the rent by reference to the previous rent for the same apartment.

For 2008, the Régie du logement recommended rent increases based on tax variations and the type of heating used on the units. An additional 4.3% rent increase is recommended for units with major repairs and renovations.

In some provinces like Ontario, the tenant may apply to the provincial authority for a rent reduction under limited circumstances: if the landlord does not make repairs or improvements, fails to provide services as a condition of a rent increase, if municipal taxes have been lowered, or if a building service or facility is reduced or removed and the landlord does not reduce the rent. 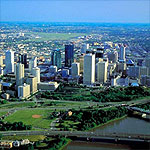 Most areas have a set interest rate or an interest rate chart specifying how much interest must be paid. In some provinces the provincial rental authority, not the landlord, holds the deposit. When a tenancy ends, the initially collected deposit is returned to the tenant, less any mutually agreed deductions. If the landlord and tenant disagree about a deduction, they must appear before an arbitrator or judge who will resolve the dispute.

In most provinces, the deposit must be returned within several weeks after the tenancy has ended. In British Columbia and Manitoba, the deposit must be returned within 15 days, 14 days in New Foundland and 7 days in Saskatchewan. Failure to do so could result in a judge or arbitrator levying fines against the landlord, normally equivalent to the amount of the security deposit.

What rights do landlords and tenants have in Canada, especially as to duration of contract, and eviction?

The contract cannot be terminated by the landlord within the duration of the fixed-term lease (usually one year), except for cause (e.g., tenant´s non-payment of rent, tenant conducting illegal activity, and so on). 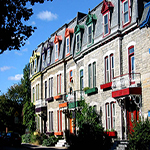 Tenants may end their rental agreement upon providing written notice to the landlord. Notice must be provided in advance, ranging from 1 to 3 months depending on the province.

If the tenant terminates a fixed-term lease, he must pay the landlord´s direct cost of finding a new tenant (newspaper ads, credit checks, etc) and he must pay for any lost rent resultant from the tenant´s premature departure. However, the landlord has a duty to mitigate his damages and he cannot intentionally delay re-renting the premises, and then charge the loss back to the original tenant.

Once an eviction notice is served, the time the tenant is given to move out varies depending on the reason for eviction. For example, in British Columbia the tenant is allowed 5 days to pay rent arrears if rent is late - otherwise the tenant must move within 5 days after the 5 day deadline to pay has expired. The tenant is entitled to one month´s notice if he is being evicted for breaching the terms of his rental agreement, and 2 months if the landlord is going to move into the property. In British Columbia, if the landlord wishes to move into the property, he must pay the tenant one full month´s rent as compensation.

When tenants fail to pay the rent, the notice can be given as soon as the rent is late in most provinces (such is the case in Ontario), while in others there is a grace period ranging from 4 days for Manitoba, to 30 days in some Maritimes provinces. A notice for non-payment of rent must include the amount of rent that the tenant owes, the date the tenant is to move out, and a statement that says the tenant can disagree with the landlord´s notice. 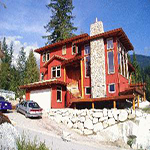 Procedures and paperwork are extremely important in cases of eviction. If the landlord has a valid reason to terminate a tenancy but makes a minor mistake in the paperwork, the Tribunal in the province or territory may set the notice aside and demand the landlord re-serve the documents in question, thereby leading to significant delays in the eviction process.

The rules relating to smoking and pets vary. In most provinces and territories, the landlord can refuse to rent a unit to tenants that smoke, or have pets. In others (Ontario), the landlord may not prohibit the tenant from smoking or having pets unless he can show that the pets/smoking are unreasonably damaging the property or disturbing neighbours.

Subletting/lease assignment: Tenants must receive written permission from the landlord before subletting. But this permission may not be unreasonably withheld by the landlord. The landlord is protected, however, as he can insist on screening prospective new tenants with credit checks, landlord references, etc, and he may reject any prospect that he deems to be a financial risk.

How effective is the Canadian legal system?

Low or non-existent rental deposits are compensated for by the fact that Canadian courts and rental authorities are very efficient in requiring payment from non-paying tenants. In some provinces, if the tenant fails to dispute the initial eviction notice within a specified time frame (often less than 2 weeks), the notice is deemed "accepted," and the landlord may apply for a default judgment. The landlord might not be required to appear before a judge or arbitrator, and he´ll only have to prove that the initial eviction form was served properly. The tenant could be removed from the property within a month, but it´s more common for the eviction to take approximately two to three months.

Landlord-tenant disputes are resolved by the provincial (Small Claims) court system, or through a tribunal/arbitration system. Hearings conducted by arbitrators are usually private, as are written decisions.

Both the small claims court and tribunal system have streamlined rules designed to allow litigants to represent themselves without need for a lawyer. Consequently, there are few law firms that specialize in residential landlord-tenant law.

Each province has its own landlord and tenant law. Being a common law system, previous decisions of the courts are considered. Quebec has a separate legal system - one based on the civil code - and does not consider common law decisions however. Furthermore, arbitrators are usually not bound by decisions made by other arbitrators, but they may follow policy guidelines; official interpretations of provincial tenant law legislation.

A landlord should therefore not ask prospective tenants, during the selection process, questions which could be interpreted as being aimed at such discrimination, such as questions about sexual preference or plans to have more children.

Canadian Mortgage and Housing Corporation Guide to Renting a Home (Invaluable and comprehensive guide to renting across Canada, includes fact sheets detailing how tenancy law applies in each province.)

With contributions from Michael Drouillard, RI(BC) on October 5, 2007. Michael is a landlord, licensed property manager, and the author of Landlording in Canada (Self-Counsel Press, 2008). He resides in Surrey, British Columbia. Michael can be reached by email at [email protected]).

You have erred. In Alberta, the landlord IS permitted to end the tenancy for just cause ie; using the property for himself or family members. Please correct this as it is a common occurrence.

Can a landlord hold my mail for non-payment of rent?

Having recently decided to rent a portion of my house in order to help with bills while taking job re-training, I have learned the hard way how ridiculously tenant/renter favoured legislation is (at least in SK). I have lived in many situations with other people, including the home owner, and most things were easily worked out by having adult conversations. However, asking someone to stop using an item which affects your health, while you are also living in your house, is something that the renter has to agree to do, which I find silly considering how strict rules at workplaces are in these similar instances. Why should I have to be sick in my own home due to someone else, but be protected at work?
Richard - depending on the situation and where you live, if you are renting a home, you are responsible for the yard care and any costs should you not do it yourself. If the landlord lives on the premises, unless you agreed prior to move-in that you would be responsible for the yard, it would be the landlord. In either case, it is still the responsibiliy of all occupants to ensure safe, clean premises by either helping or reporting maintenance to the property owner/landlord.
As for holding mail, that is a federal offense and is not legal for any reason.

can a landlord evict me in 2 months because he wants to move in to the property but has only given me verbal notice & not written notice? My understanding is that the 2 months notice does not take effect until I get written notice on the official TERMINATION NOTICE TO TENANT form from the residential tenancy branch.

Here in Ontario a landlord may enter your home
without your consent as long as he gives a
prior notice! For those who do not live in
North America, or are of Middle Eastern origin,
you read correctly "WITHOUT CONSENT". This
"notice" is nothing more than a declaration
that they will enter. It is unbelievable this
lack of morality. Unfortunately, Canadians are
too nice and so never want to get involved. As
one man once sarcastically put it, the best
freedom we have in a "democracy" is the freedom
to get not involved. But who listens...

I have a question I'm hoping someone will have an answer to...
Does a Landlord have a legal obligation to inform me of an on going bedbug problem before renting me an apt.
We moved into an apt in November of 2009 that had a bedbug problem prior to us moving in. The last treament was Oct 29/09 we did the inspection on Oct 30/09 and moved in on November 1/09. There was never any mention of bedbugs until I told them that I had found one on November 26/09. Both the suites above and below were still having problems and getting treatments in November. Help me we are trying to decide if we have a case to sue them.