The law in Egypt is NEUTRAL between landlord and tenant (The structure of the law is pro-landlord, as regards new contracts, but legal delays work against the landlord).

Rents: Can landlord and tenant freely agree rents in Egypt?

The amount rent may be agreed freely between the parties. If landlord and tenant have not agreed on a rent, it will be determined by reference to rentals for similar properties.

The parties are free to agree in the contract a schedule of yearly increases in the rent. It is also possible to link these increases to the rise in the cost-of-living by providing, for example, that the rent will increase in proportion to the inflation rate reported annually by the Egyptian Central Bank. 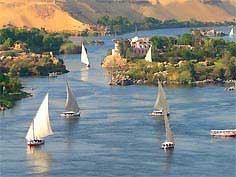 However, it is practically impossible to obtain rent increases in tenancies governed by the old socialist laws Law No. 49/1977, Law No. 136/1981 or any earlier legislation. These laws apply to contracts entered into before the reforms in 1996 including contracts assigned to household members of the original tenant. When Law No. 49/1977 applies, an increase of rent depends on a re-assessment of the official administrative value of the property which will only take place in special circumstances, for example, in the event of an increase in the height of the building or the addition of a new building.

The parties to a tenancy are free to agree the deposit payable, as security, on conclusion of the contract (one or two months is usual). In practice, it is also common for landlords to require tenants to pay rent several months in advance (often quarterly), in order to have a guarantee of the tenant's ability to pay. Security deposits are usually returned immediately upon termination of the contract and the return of the rental object. However, in practice, landlords will often require the tenant to prove that he has settled all outstanding bills (for example electricity and telephone) before returning the deposit.

According to the Egyptian Civil Code, the lessee is obliged to keep in the leased property objects having a value at least equal to two years' rent or, where the term of the contract is shorter, equal to the rent for the entire period. Tenants are only exempt from this obligation if they pay the full amount of the rent in advance and the parties so agree. As an alternative, the tenant may also provide another security, for example, the payment of a deposit.

The Egyptian Civil Code also gives landlords a lien on the movable objects in the possession of the tenant, to secure their rights under tenancy agreements.

In tenancy agreements still governed by the old laws from 1977 and 1981 the maximum deposit payable by the tenant is limited to two months' rent.

What rights do landlords and tenants have in Egypt as to duration of contract, and eviction?

Fixed-term tenancy agreements end on expiry of their term, without the need for a notice of eviction served on the other party. Contracts typically last three to five years, but there is no legal restriction as to length.

Tenancy agreements need not be agreed for a definite period. However, where the parties have agreed on a tenancy for an indefinite term, the term is deemed to be equal to the period fixed for the payment of the rent, for example where the rent is payable quarterly, the tenancy is deemed to be a quarterly tenancy. In these cases, the agreement is terminated on expiry of its ascertained term provided a notice of eviction is served by one party on the other. For agreements concluded for residential purposes, the notice period amounts to two months prior to the expiry of the period fixed for the payment of the rent, in cases where the period is equal to or exceeds four months. If the period is shorter, the notice must be served before the expiry of its first half.

The parties to tenancy agreements may provide for the right of the landlord to terminate the tenancy prematurely for personal need. Unless otherwise agreed the landlord has to serve notice in the mentioned periods.

Either landlord or tenant may terminate the tenancy before the expiry of its term for good cause. In this case also, the same notice periods must be observed and the party terminating the lease contract is obliged to compensate the other party.

Egyptian law requires for the presence of good cause that the tenancy becomes so burdensome for the party terminating the contract that it cannot fulfill its obligations under the contract of lease anymore. This, for example, is the case if the building is demolished or the tenant is forced to leave the country.

If a tenancy agreement is still governed by the old laws, the rights of termination of the landlord are very restricted. For example, under Law No. 136/1981, even on expiry of the term of the lease agreement the landlord may only terminate the contract for good cause as specified in the law.

How effective is the Egyptian legal system?

Proceedings against tenants in breach of their contractual obligations can be extremely lengthy and tedious. However, the Egyptian courts apply the laws governing tenancies very strictly, and court decisions in favor of the landlord are not uncommon.

In practice, it may take up to three years to collect unpaid rent and the same period may be required for evicting a tenant. However, the recent amendments to Law No. 4/1996 have introduced a provision which benefits the landlord. Tenancy agreements notarized in the presence of the contracting parties may operate as enforcement orders so that landlords are no longer required to have recourse to the courts to enforce tenancy agreements. This allows the landlord to enforce the payment of the rent as well as to obtain eviction of the tenant by simply having recourse to the competent enforcement agent.

The above mentioned amendments do not have any effect on tenancy agreements which remain governed by the old laws. While eviction of the tenant may be sought for limited reasons under these laws the regular collection of the rent is, in practice, not worth the effort as it only represents a very small amount of money.

During Nasser's period of Arab Socialism, Egypt's landlord and tenant law became very protective of the interests of Egyptian tenants and members of their households. In this period, foreign ownership in Egypt was no longer welcome and became heavily restricted. As the result, investment in real estate declined and Egypt soon faced housing problems owing to its rapidly increasing population. Owners of dwellings were no longer willing to rent their property because rental income was unrealistically low and it had become virtually impossible to evict tenants. 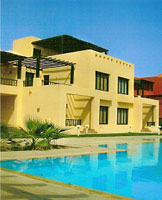 In 1996, the Egyptian legislature comprehensively de-regulated landlord and tenant relationships through Law No. 4/1996 (as now amended by Law No. 137/2006), exempting exempting all new rental agreements from the rent control introduced by legislation during the socialist era which started in the 1950s. This law repeals earlier legislation and restores instead the general provisions of the Egyptian Civil Code as the regime applicable to tenancies.

However, the previous legislation remains applicable to properties occupied by the same tenant since before the entry into force of Law No. 4/1996, or where such a tenancy is continued by one of the household members protected under these laws.

In 1977, Law No. 49/1977 introduced modest reforms by setting out detailed rules for the fixing of rents and by defining the respective duties of landlord and tenant. The law applies to all buildings completed after its entry into force in the capital cities of the Egyptian governorates and other areas recognised as townships. The letting of buildings completed before that time remains governed by the previously applicable legislation (for example Law No. 121/1947).

Four years later, in 1981, the Egyptian legislature introduced Law No. 136/1981 on the Lease and Sale of Buildings and the Relations between Landlord and Tenant. This law, which applies to the letting of all buildings completed after its entry into effect, includes detailed rules for fixing rents and endeavours to establish equilibrium in landlord and tenant relationships. Law No. 136/1981 repealed some of the provisions of the earlier law; in all other respects, Law No. 49/1977 remained in force.

Although the intention of the 1977 and 1981 legislation was to ease the restrictions on landlords, their provisions remained most favourable to the interests of tenants. Moreover, these laws discriminated against foreigners by excluding them from the benefit of their provisions. Consequently, the housing situation in Egypt continued to deteriorate, until the passage of Law No. 4/1996, which produced a considerable revival of the housing market.

I am writing to you. today about the OLD RENT LAW,which I think is not fair and I think is not constitutional either .LET me start by saying that the poor do not stay poor forever and the rich (the poor owners of those old buildings) do not stay rich forever either.THE people who used (or abused this law) for 20 or 30 years some of them now have palaces and have departments in Cairo and outside of Cairo ,enjoying the low rent which is not up to the market value now.THE poor owners now looking for their kids for an apartments that are very expensive or looking to rent according to what we call it THE NEW RENT LAW.I do not understand HOW IN ONE COUNTRY WE HAVE 2 LAWS FOR RENT?Please ,to whom it may concern, we have to take look again to this law which deprive the poor owners from their rights of using their properties in a fair way after all these years of injustices.

I am writing to you. today about the OLD RENT LAW,which I think is
not fair and I think is not constitutional either .LET me start by
saying that the poor do not stay poor forever and the rich (the poor
owners of those old buildings) do not stay rich forever either.THE
people who used (or abused this law) for 20 or 30 years some of them
now have palaces and have apartments in Cairo and outside of Cairo
,enjoying the low rent which is not up to the market value now.THE
poor owners now looking for their kids for an apartments that are very
expensive or looking to rent according to what we call it THE NEW
RENT LAW.I do not understand HOW IN ONE COUNTRY WE HAVE 2 LAWS FOR
RENT?Please ,to whom it may concern, we have to take a look again to
this law which deprive the poor owners from their rights of using
their properties in a fair way after all these years of injustices.
thank you .