Rents: Can landlord and tenant freely agree rents in Syria?

Rents may be freely agreed freely between landlord and tenant, except in the case of contracts entered into before the coming into force of Law No. 6 of 2001, and which remain occupied either by the original tenant or by his household members. Then the annual rent is fixed by law at 5% of the market value of the real estate, if the purpose of the rental agreement is residential, and 7% if it is commercial. 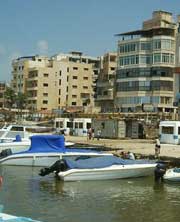 Though the parties to a rental agreement can in theory agree to link rent increases to the cost of living, such clauses are not common in Syria, and there is no reliable information as to how to they might be enforced.

In practice, landlords use other means to increase the rent. They will usually only enter into one-year contracts, with a view to assessing, on expiry of the term, whether prices have increased. They then renew the contract, subject to an appropriate rent increase.

The parties are free to agree on the payment of a security deposit. In practice, it is usually equal to one month's rent, payable upon conclusion of the contract.

According to the Syrian Civil Code, the landlord benefits from a pledge on all movables of the tenant in the premises, as security for his rights under the rental agreement. In practice however, the landlord is still required to obtain a court order in order to sell these movables. The procedure is lengthy and tedious and usually takes between 2 - 3 years, possibly far longer.

The deposit is repayable to the tenant on the return of the real estate without damage, and with all outstanding bills settled. If the landlord does not repay the deposit, the tenant may file a case against him before the courts. In practice, the procedure will take between 1 - 2 years, sometimes more. Because court fees are usually higher than the outstanding deposit, many tenants refrain from claiming repayment.

Advance payments of rent are limited by Law No. 6/2001 to a maximum of three months' rent.

What rights do landlords and tenants have in Syria, especially as to duration of contract, and eviction?

Contracts concluded after the coming into force of Law No. 6/2001 may be for any period.

Fixed Term Contracts. If the parties fix a term for the duration of the contract, in practice usually 1 - 2 years, the contract is terminated on expiry of its term without any requirement for notice. Contracts entered into after the 2001 reforms and registered with the local administration constitute enforceable deeds so that the landlord may now apply directly to the competent enforcement agent in order to evict the tenant.

Either party may terminate the contract before the expiry of its term if serious unforeseen circumstances render the performance of the contractual duties onerous. The termination requires a notice period of three months and that the party terminating the agreement compensates the other party.

In practice, it is rather difficult to terminate a contract for good cause before the expiry of its term. This partly explains why contracts are usually concluded only for short terms of 1 - 2 years. However, parties to a tenancy agreement may now also provide for reasons for terminating the agreement, which might facilitate the termination of their agreement.

The death of either the tenant or the landlord will not result in the termination of the rental agreement. However, the heirs of a tenant may terminate the rental agreement, if they cannot meet their obligations under its terms or if the real estate subject to the tenancy is in excess of their needs.

Old Contracts. Contracts entered into before Law No. 6/2001 came into force were all concluded for indefinite periods, because the previous socialist tenancy laws did not allow for the conclusion of fixed term contracts.

Law No. 6/2001 introduced a series of reasons for terminating such tenancies. These reasons include: the non-payment of rent by the tenant within 30 days from the landlord's demand, the tenant demolishing or improperly using the leased premises, the unauthorized sub-letting of the premises, personal need of the landlord, the construction by the landlord of a new building to replace the old one and the fact that the tenant himself owns vacant real estate. If the tenant abandons the premises without justification and does not return to them within one year he is deemed not to be in need of them. Furthermore a landlord may terminate a rental agreement still governed by the old laws if he compensates the tenant, the compensation amounting to 40% of the value of the real estate.

Although the reasons for terminating old contracts are numerous it must be noted that, in some cases, tenants are entitled to compensation and, in others, they are protected against eviction.

How effective is the Syrian legal system?

Syrian court procedure is lengthy and tedious. It often takes several years to collect unpaid rents. To avoid the obstacles of the Syrian judicial system, many landlords will only enter into short-term contracts and will demand payment of the rent in advance. 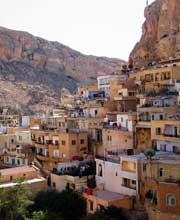 The 2001 reforms have substantially facilitated the eviction procedure for registered contracts entered into after the coming into force of Law. No. 6/2001. Landlords may now apply directly to the competent enforcement agent to evict tenants on expiry of their contract terms. In these cases, the eviction of a tenant might take as little as 24 hours.

Eviction procedures will take much longer in cases of tenancy agreements which remain governed by the old laws, as eviction can only be obtained through court judgement. Once a judgement is obtained it might take another month before the actual eviction of the tenant takes place.

Recent legislation on tenancy is based on Law No. 6/2001 which, in principle, leaves the regulation of the relationship between landlord and tenant to the will of the parties.

Originally, tenancies were governed by the provisions of the Syrian Civil Code leaving the regulation of the contractual relationship between landlord and tenant to the will of the parties.

Legislative Decree No. 111/1952, clearly influenced by Syria's socialist outlook, introduced rules very much in favour of tenants' interests. Rents were to be determined by reference to the market value of the premises and were not permitted to exceed a fixed percentage of that value. Furthermore, it was no longer permissible to limit the terms of tenancy agreements. This, in practice, resulted in a comprehensive abrogation of the Civil Code provisions on tenancy.

Although it was difficult to evict tenants under Legislative Decree No. 111/1952, investment in the housing sector declined only for a short time following the entry into force of the decree. Due to the limited alternatives for investments in Syria, investments in the real estate sector remained the best and safest means of protection against the devaluation of money. 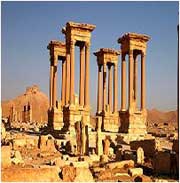 It was not until 2001 that the Syrian legislature introduced the reforms (Law No. 6/2001) which comprehensively de-regulated the sector. This has stimulated the Syrian real estate market. Tenancies are now subject to the will of the parties, and the rules of the Civil Code prevail where Law No. 6/2001 does not provide for specific provisions. However, many tenancies remain governed by the old socialist laws, and may be continued by household members protected under these laws.