Peruvian Law must be judged pro-tenant. Although rents may be freely determined by the landlord and the tenant, strong security of tenure is given to the tenant and the legal proceedings to evict the tenant can be burdensome and highly time-consuming (even tedious). 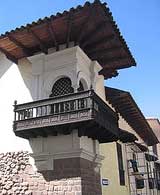 Rents: Can landlord and tenant freely agree rents in Peru?

The initial rent can be freely agreed by the landlord and the tenant. The rent will only be subject to revision (update) if a clause in the tenancy contract expressly provides for such revision, or if both parties expressly and freely agree to a revision, at a certain time. Otherwise, the rent remains the same until the contract expires.

There is no specific tribunal in Peru specialized in tenancy litigation. Any disputes, controversies or claims arising between the parties in relation with a tenancy contract shall be submitted to the ordinary civil jurisdiction.

The parties to a tenancy contract may freely agree any deposit they wish.


What rights do landlords and tenants have in Peru, especially as to duration of contract, and eviction?

Tenancy contracts may include an imperative term and a voluntary term of duration. During the imperative term, neither the landlord nor the tenant will be allowed to terminate the contract individually. Conversely, during the voluntary term either the landlord or the tenant will be entitled to individually terminate the contract at any time.

Time-limited tenancy contracts terminate automatically at the end of the term of duration set forth by the parties in the contract.

Indefinite period contracts. In the case of a contract for an indefinite period, the party who wishes to terminate the contract will have to inform the other party of such decision by serving the appropriate termination notice in advance. Such notice period will either have been stated in the contract, or if not so stated, the most likely interpretation of the law is that the 30-day notice period set out in the general section of the Peruvian Civil Code for any type of contract of indefinite duration applies.

Once the contract is terminated, the tenant is obligated to return the dwelling to the owner. If the tenant fails to leave the dwelling in due time, the landlord will be entitled to initiate actions in order to (i) claim for a compensation (indemnification), and/or (ii) enforce the restitution of the dwelling.


How effective is the Peruvian legal system?

Tenancy law is enforced before the courts. Proceedings are extremely time-consuming. The courts are saturated and lack effective powers.

The main applicable law is the Civil Code, dated 1984.

Does Lima have limits as to how much monthly rent can increased, are there recent changes to Peruvian rental laws? Thanks!