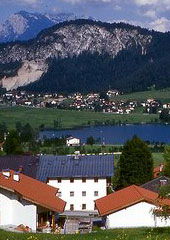 Austrian law is mildly tenant-friendly, with rent control at somewhat below free-market levels. Tenants can appeal to a rent tribunal even after they have left the apartment, and reclaim rent 'overpaid'. However with new rentals, the difference between what the rent tribunal would assess and free market prices is very small.

Can landlord and tenant freely agree rents in Austria?

There is rent-control by local authority tribunals. Their assessments are below free-market levels, but only slightly so in the case of new or renovated buildings. Rent can initially be freely negotiated, but the tenant can request an assessment at any time during the contract, and for six months after departure. The landlord will then have to pay back any excess of actual over assessed rent, with interest, up to a maximum period of three years.

Period and termination of contract

There are three types of tenancy agreement:


Unregulated as to rental, it is usually used for holiday lets.

A type of contract used before 2001, and still surviving in many old tenancies, is designed to give the tenant security of tenure. Few details were spelt out in the tenancy agreement, although the amount of the deposit needed to be stated in the contract, and did not accumulate interest. The tenant had an unlimited tenancy. 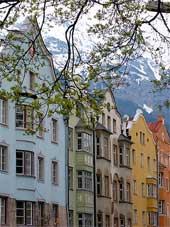 Landlords often propose standard contracts drafted by landlords associations, and these are usually accepted by tenants.

The general rule is that the tenant must return the rented object in the same condition as he received it. The landlord can require that his apartment should be repainted before return.

In the befristet contract, the deposit must be put in a savings account to earn interest, which must be paid to the tenant at the end of the contract, assuming it is not used to repair damage. After the expiry of the set term, the contract is null and void, unless three months prior to expiry, one party sends a written invitation to extend, which is accepted by the other party in writing. In the unbefristet contract, the deposit does not accumulate interest.

What rights do landlords and tenants have in Austria, especially as to duration of contract, and eviction?

Deposits are limited to six months` rent; deposits above that are considered key money, which is illegal.

How effective is the Austrian legal system?

The two sources of tenancy laws are the "ABGB" (General Civil Code) and the "MRG" (MietrechtsG, TenStatute), of 1982, as frequently amended. It is sometimes difficult to know whether both laws simultaneously apply (flats are covered by the much more restrictive MRG). "The frequent amendments and its complex regulations make the MRG and the regulations connected to it rather a "dark" discipline which is normally only overseen by lawyers specialized in the field of tenancy law," notes the EIU Tenancy Law Project Austria survey.