Rents: Can landlord and tenant freely agree rents in Aruba?

However, certain classes of real estate are subject to mandatory rules of law (Ordinance On The Rent Assessment Advisory Committee (1991), known as the "Ordinance") as regards the determination of the applicable rent. These mandatory rules apply to houses with a building value (including the ground value) of less than AWG 100,000 (approx. US$55,000), which include residential housing, shops, bars, restaurants, hotels and offices, with the exception of buildings located in hotels, airports and seaports. According to the mandatory rules of law, the Rent Assessment Advisory Committee - known as "the Committee" - is charged with the determination of the rent and with any requests to increase such rent. The Committee will base the rent on the percentage of the buildings costs.

What rights do landlords and tenants have in Aruba, especially as to duration of contract, and eviction?

Contracts for indefinite periods of time 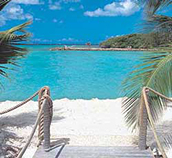 The landlord needs first to receive permission from the Committee to end an indefinite period tenancy. The tenant should observe the agreed term or notice or, if parties did not agree to a term of notice, a reasonable term of notice.

Contracts for specified periods of time

Premature termination of the tenancy agreement is in principle only allowed by mutual consent between the landlord and the tenant.


Both landlord and tenant can also request the Court of First Instance of Aruba to dissolve the tenancy agreement because of default of the other party or exceptional circumstances.

If the landlord wishes to sell the house, the tenancy agreement will not be terminated, except in case this has been agreed upon beforehand between landlord and tenant.

How effective is the Aruban legal system? 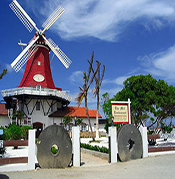 Ordinance of the Rent Assessment Advisory Committee of 1991 Civil Code of Aruba.