Thanks to GEORGIAN LEGAL PARTNERSHIP, L.L.C.

What inheritance laws apply in Georgia?

The main law dealing with inheritance issues is the Civil Code of Georgia, Book 6: Succession Law. According to the Georgian law “On the Legal Status of Foreigners”, any person, whose presence in Georgia is legal, may own property, leave property by will, and enjoy succession rights to property. Foreigners have the same rights, liberties, duties, and judicial procedures as Georgian citizens, unless established differently by international legislation.

The Civil Chamber of City and District court is competent for inheritance issues. According to the Civil Procedures Code, the court must examine civil cases not later than two months after the day of filing an application, except for difficult cases, when the term is five months. The terms of all proceedings cannot be generalized; each case is examined individually.

Half of the estate is in the ‘reserved portion’; the rest can be freely left by will.

The children, parents and the spouse of the testator are eligible to a reserved portion an estate, notwithstanding the content of a will, which amounts to one half of the entire estate. 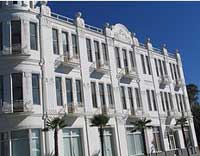 After the allocation of the reserved portion, a testator may dispose of the remainder of his estate at his/her own discretion, through a will. A testator may specify what shares individual successors will receive of the estate, or indicate which property will be given to particular successors. In the absence of this indication, the estate is equally distributed amongst the successors. If several successors are nominated in a will, but only one successor’s share is specified, the other successors succeed in equal shares to the unspecified part of the estate.

The right to claim a reserved portion arises from the moment of the opening of a succession. The right of such a claim is transferred by succession. The total amount of a reserved portion is determined on the basis of the entire estate. including the property envisaged for the execution of a testamentary obligation or for performance of any action for the common good.

In cases of intestacy, other relatives also acquire rights of succession. Intestate succession is executed if the deceased has not left a will, or if a will concerns only a part of an estate, or if a will is declared void. The intestate estate is divided in equal shares between inheritors, who succeed in the following order: 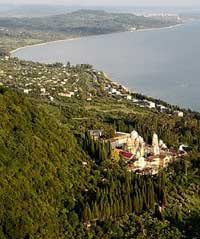 The court may acknowledge that a person is unworthy to be a successor if he/she knowingly hindered the deceased in making a testamentary disposition so as to increase their share of the estate, or if he/she committed a deliberate offence or other immoral action contrary to the will.

In the absence of successors, the non-succeeded property is transferred to the treasury.

If the testator had been supported by establishments for the old, disabled, medical care, education, or social security, then the succession is transferred into their ownership. A non-succeeded property in an entrepreneurial or co-operative society is transferred to them in the form of a share, if there is no other provision envisaged by law.

Many Georgian citizens consider that inheritance by law is easier and less expensive than inheritance by will. The majority of testators in Georgia already know that their successors will receive equal parts of their estate by law.A will is useful when a testator desires to allocate different shares of his/her estate to the successors by law, or to break a rule of inheritance and bequeath a part of his/her property to a successor of the lower order (i.e. 2nd, 3rd etc.) or to persons outside the circle of the successors by law.

There are two forms of will:


Property may be donated during the life-time of the owner

By means of a donation agreement, a donor may gratuitously transfer property to any consenting donee. By law there is only one restriction: a person is not entitled to donate property if the gift deprives the donor or his/her dependents of their means of subsistence.

However a gift to a third person may be open to challenge after the death of the donor. Successors eligible for the “reserved portion” may claim their share in proportion to the size of the gift. Gifts are not taken into account if ten years have elapsed from the moment of donation to the time of opening of a succession. The only way to avoid dispute is to sell the gift: then the new owner becomes a bona fide purchaser and the successors are deprived of any right to challenge the gift.

If property is donated to a legal successor up to five years before the opening of a succession, its value must be included in the shares of the successor, when the estate is distributed.

According to Georgian law, property belongs to the registered owner To determine pre-death ownership of real property located in Georgia, the courts look to the Public Register or Entrepreneurial Register.

Property purchased by spouses during marriage is the common property of the spouses, unless their marriage contract provides otherwise, according to Book 5, Matrimonial Law, of the Civil Code. The rights of spouses to common property arises even if one of them simply kept house, took care of children, and had no independent income.

The separate property of each spouse includes that owned by him/her before the marriage, and that received by succession or gift during the marriage. 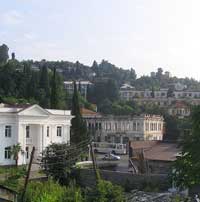 Persons of eighteen must accept an inheritance through a legally capable representative, often a parent. A minor under seven is considered legally incapable by Georgian law, and a minor between the seven and eighteen is considered to have restricted legal capacity. Legally incapable persons and people with restricted legal capacity may accept their succession through their lawful representatives. Parents are the legal representatives for their minors, and they have the right to protect children’s rights and interests without any special powers.

Rights of ownership of agricultural Land

A succession must be accepted within six months

A succession is considered to be received by a successor, when he/she files an acceptance statement to a notary at the place of the opening of the succession, or when he/she starts to own or manage the estate.

The term stipulated for acceptance of a succession may be extended by a court if the reason for exceeding the six months deadline is considered to be justified. After the term is over, the succession may be accepted without applying to a court if all the successors are in agreement. If a successor fails to accept a succession within the prescribed term, he/she receives in kind a share of his/her due property from that which has been accepted by other successors, or which has been transferred to treasury; she/he is also given a share of the other parts of the estate. When the term for acceptance of the succession has expired, a person may apply to the court with unanswerable cause of action to assert a legal fact, i.e. the fact of succession and establishment of the place of opening the succession.

My aunt and father inherited land by a will from my grandfather which was never partitioned or divided between them. My father died without a will. My Aunt was alived when my father died. Does my Aunt get all the property or those my mother and siblings have a right or claim against the property.