Where to buy property in Urca, Brazil 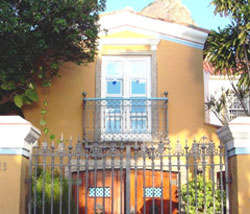 It is a tranquil uptown borough, comparable to Santa Teresa in architectural harmony and community appeal. At the foot of Pão de Açúcar, or Sugar Loaf Mountain is Forte São João, a military base that was the site of the first Portuguese settlement in Rio de Janeiro.

During the early 20th century, a neighbourhood was built on a landfill on the shallow cove around Morro da Urca. Most of the buildings survive today: Spanish colonial villas and Art Deco and faux Tudor houses, notoriously used for period filming. The popular TV Tupi once had studios in Urca. Today, years after it closed, the site is being renovated as a design school. Rio’s shanties and high crime rates are absent in Urca; it is one of the safest districts in the city and popular among foreign property hunters.