Where to buy property in United Arab Emirates 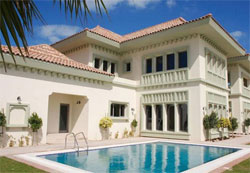 The British became involved in the area in the early 19th century, ostensibly “protecting” the various sheikdoms from pirates who posed a dangerous threat to them. The British enforced a truce in 1853, but did not colonize the area. Instead, they grouped the sheikdoms into the Trucial States. The UAE was born in 1971 after the British gave up protective control.

The emirates hug 800 kilometres of coastline, from the Persian Gulf to the Gulf of Oman, in the eastern part of the Arabian peninsula. The UAE’s neighbours are Oman to its north and east, Saudi Arabia to the south and west, and Qatar to the west. The UAE is four-fifths dry desert.

Once, the emirates survived on fishing, trading, and pearl diving (the region’s beautiful, natural pearls were a major export until the industry declined in the 1940s), the people mostly desert nomads and seafarers. The discovery of oil in the 1960s in Abu Dhabi, then the poorest emirate, catapulted the federation into economic progress at a dizzying speed.

UAE nationals benefit from free education and excellent health care. While the official religion of the UAE is Islam, there is religious tolerance—necessarily, as foreigners number one-fourth of the entire population. UK citizens make up a huge portion of the senior expat community, although by numbers, half the expats are from South Asia, such as Indians and Pakistanis.

Flush with cash, the oil-rich region proudly displays an ultramodern infrastructure, especially in Dubai. It is the most densely-packed and highly urbanized emirate, and was already a thriving port town even before the oil boom.

A few memories of the charms of desert living have been retained. In Abu Dhabi, the biggest emirate, a Heritage Village pays tribute to the nomadic lifestyle of the region’s first tribes, the Bedouins.

English is widely spoken, the crime rate is low, and income is not taxed. These are among the incentives for foreigners to come to the UAE. They come not just for work and money, but also for leisure, especially those seeking sun and warmth during winter. 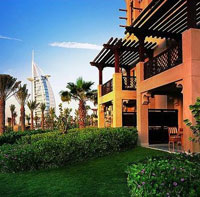 Tourism is now a major income earner for the UAE, after the emirates struck it rich with oil and their newfound wealth led to a huge property boom. The once featureless desert has bloomed into the world’s most luxurious playgrounds of the rich and famous.

The sun shines for eight months a year here. The cooler months are November to January and bring rainfall that doesn’t go beyond five inches annually.

There are good beaches in the UAE, such as Al Mamza in Dubai and Khor Fakkan in Sharjah. Of course, the weather is really too hot for much of the year. There is good diving in both the Gulf of Oman and the Persian Gulf, mostly centred on wreck sites. Those looking for reefs can go to the less urbanized Fujairah, the youngest of the emirates. Off-the-beaten-track thrills include desert adventures such as “wadi bashing”, sand skiing and dune driving. Despite the rise of huge and modern shopping centres, bazaars or souks remain very much part of daily life.

Horse-racing is big in the UAE. The Bedouins have been breeding and racing Arabian horses since time immemorial. Each emirate has its own specialty: Dubai, racing; Dubai and Abu Dhabi, endurance riding; and Ajman and Sharjah, horse shows. Camel racing and falconry are also still actively enjoyed in the UAE.

Souk shopping was an important part of Gulf lifestyle even before the UAE’s first shopping mall. Dubai has a huge Gold Souk of around 300 stores, which gave it the moniker City of Gold. Because of its large expat community and its duty-free zones, international brands for all sorts of consumer items, from food to electronics, are easily available in Dubai.

Liquor is limited to hotels and restaurants that mainly serve tourists, and to purchase liquor one has to obtain a license.

The UAE government is determined to make the most of prevailing favourable conditions to improve its citizen’s lot before the oil reserves run dry. So there have been ambitious efforts to develop the country as a world-class business, commerce and tourism hub. To encourage direct foreign investments, free zones were introduced in the 80s, starting with Dubai’s port city of Jebel Ali. Most of these free zones are found in Dubai, with about 20 operational to date.