Where to buy property in Tipperary, Ireland 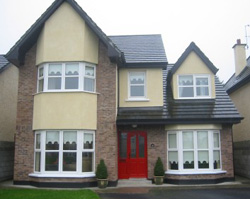 The vast green county of Tipperary is the largest inland county in Ireland. It is largely rural, with its gently undulating terrain and its fertile valleys watered by two major rivers. The River Shannon runs through the county along with the River Suir, which is leaping with wonderful brown trout. The magnificent Galtee Mountains surround the county. One of them is Devil’s Bit, which was said to have a chunk bitten out of it by the devil. The beautiful Glen of Aherlow nestles among these mountains.

Tipperary has several fascinating towns. Clonmel, on the banks of the River Suir, has many historic monuments and vintage architectural gems. The Commeragh and Knockmealdown mountains that border it are worth exploring too. The town of Cashel sits in the shadow of the Rock of Cashel, the seat of the kings of Munster. According to legend, the devil spat out the chunk of mountain he bit off and it landed in Cashel and became known as the Rock. It is home to the ruins of an ancient fortified town with a preserved round tower, a monastery that has lost its roof, tall crosses and a medieval Romanesque church all surrounded by high stone walls. Thurles, established in the 1400s, boasts the ruins of 15th century towers and two castles. Another castle, which dates to the 13th century, can be found in the town of Roscrea near the beautiful Slieve Bloom Mountains.

The county seat of Tipperary is just five miles from Limerick. It is horse country, with the Tipperary Race Course and a large horse-breeding industry.