Where to buy property in Slovak Republic 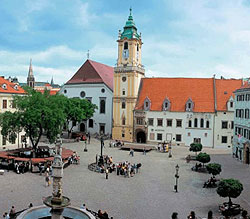 “A Part of Europe Worth Visiting”—such is the unassuming motto of Slovakia’s tourism industry. It may turn out to be an understatement; Slovakia’s high, snow-capped mountains, sprawling medieval castles and the beautiful Old Town of its capital, Bratislava, have been attracting visitors to the Eastern European country.

The Slovak Republic was formed only in 1993—the peaceful Velvet Revolution of 1989 divided Cezchoslovakia into the Czech Republic and Slovakia, and led to the “divorce” between the two states four years later—but its history goes back to ancient times.  The Celts and the Thracians occupied this land during the Bronze Age, followed by the Romans and then the Slavs. The territory now known as Slovakia became part of the Great Moravian Empire in the 9th and 10th centuries, then came under the rule of the Magyars of Hungary. The Slovaks resisted Ottoman rule in later centuries and Bratislava became the capital of Royal Hungary. The area became part of the battleground of the Turkish Wars that attempted to expand the Ottoman Empire.

Slovak nationalism arose in the years before World War I, and the pan-Slavic school of thought brought Czechs and Slovaks together. The independent Republic of Czechoslovakia was formed in 1918, though control over its territories still shifted in the period between the wars.

The series of protests against the country’s Communist administration that led to the Velvet Revolution began in 1989, and an agreement to peacefully dissolve Czechoslovakia was made in 1992. On January 1, 1993, the Czech Republic and Slovakia both officially proclaimed their existence. 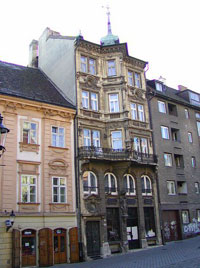 Slovakia has long lived in the shadow of its more illustrious neighbours Austria and Hungary, and even its larger and slightly richer former half, the Czech Republic. However, it may be coming into its own now. It is a high-income country that has begun to attract foreign investors thanks to cheaper real estate prices, lower tax rates, and a highly literate workforce. It is also becoming a popular holiday destination among Europeans.

Living in Slovakia is a lot cheaper than in most other Western European countries, and its cultural attractions, schools, and great shopping and entertainment possibilities are just as dynamic as in its more popular neighbours.

The availability of modern comforts is indeed a major plus, but the real charm of Slovakia lies in its multitude of natural attractions: the breathtaking slopes of the Tatras High and Low Mountains, interesting cave formations, dense forests, winding rivers, mirror-smooth lakes, and thousands of therapeutic mineral springs. The country’s ancient ruins and monuments, medieval castles, manors and burghers’ houses, and the priceless exhibits in its stately museums Are testament to Slovak history and culture spanning thousands of years

The Slovak language uses the Roman alphabet and is quite similar to the Czech. Hungarian is also spoken, as Hungarians make up about a tenth of the country’s 5 million-strong population. Slovakia provides asylum for immigrants from neighbouring countries, creating an eclectic population of locals, Roma, Poles, and Czechs. Although most the population are Roman Catholic, a number of other religions are practiced. Slovakians are protected by a social security system, complete with maternal, health, and unemployment benefits.

Slovakia’s economy has been greatly helped by the privatization of banks and other main utilities. Most of its highly skilled labourers work in Slovakia’s main industries of heavy engineering and the production of armaments, iron, steel, non-ferrous metals, and chemicals. 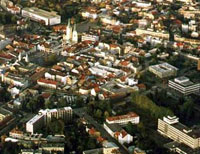 Major foreign investors like Whirlpool, US Steel, Kia, and Volkswagen have set up shop in Slovakia, as labour is much cheaper here than elsewhere in Western Europe. But even though production and foreign investments have been a boon to the economy, massive production has also produced harmful environmental conditions. The Slovakian government has realised this and is currently taking steps to reduce contaminants.

Slovakia has a continental climate, with hot summers and chilly winters, though it is generally warmer in the flatter south than it is in the more mountainous north.