Where to buy property in Sint Eustatius, Netherlands Antilles 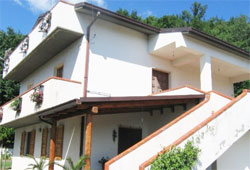 Sint Eustatius, fondly called Statia by residents and tourists, may be one of the smallest islands in the Netherlands Antilles, but its significant role in the islands’ early economic prosperity cannot be denied. In the 17th and 18th centuries, it was a major trading emporium for Europe, Africa and the New World, and came to be known as "The Golden Rock".

Although trading dwindled in the 19th and early 20th century, Statians soon realized the island's potential as a tourist spot because of its cultural heritage. The St. Eustatius Historical Foundation gave Statia a facelift by building a museum, establishing a centre for archaeological research, and carrying out renovation projects. Through the foundation’s efforts, many of Statia's important landmarks have been preserved and are now recognized all over the world.

Nature lovers are attracted to The Quill, a national park protecting a perfectly formed inactive volcano with a thriving rainforest in its huge crater. The forest is a small paradise of exotic plant and animal species.

Sint Eustasius’ capital, Oranjestad, is a quiet harbour town. Once a rich trading port, the small town is the location of more than 100 sunken trading ships. Divers love to explore these shipwrecks for their wealth of artefacts.

The city has many restored historic buildings, most of which are located in the Upper Town section. The waterfront district of Lower Town is the site of many colonial ruins.

Arguably, Oranjestad's most famous landmark is Fort Oranje, built by the French in 1629. The fort has cannons in its ramparts and a beautiful courtyard.

Another historic site is the Dutch Reformed Church, whose tower provides a bird's eye view of the city.

Owing to the many archaeological and colonial era sites in the region, the St. Eustatius Historical Foundation has served as a repository for artefacts and relics that have been unearthed from as early as the Pre-Columbian period to the Dutch colonial era.

Oranjestad’s tourist attractions are its casinos, high-rise hotels, resorts, timeshares, and a shopping mall with restaurants and a multiplex cinema.

Orange Beach in Sint Eustasius does not have white sand as most beaches in the Netherlands Antilles do. Nor does it have orange sand, as its name seems to suggest. Upon first encounter, one will easily notice that the beach, in fact, has beige and black sand.

Orange Beach has no strong currents or pesky sea urchins, making it a great place for kids.

Fort Amsterdam, the first Dutch military outpost in the Caribbean, played a vital role in the defence of Philipsburg in the 1600s.

Also known as Battery Concordia, the fort stands on a cliff on the northeast Atlantic side of Sint Eustatius, and offers panoramic views of Philipsburg, Bargine Bay and Great Bay.

The Great Bay was the site of a fort that the Spaniards built in the 1630s. They destroyed the fort when they abandoned the island in 1648 to concentrate their defences in Puerto Rico. The remains of the fort were later rebuilt by the Dutch into Fort Amsterdam.

Search for properties in Netherlands Antilles