Where to buy property in Santa Fe, Argentina 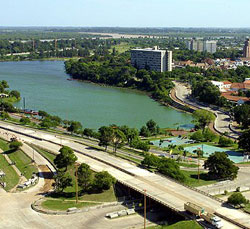 A member of the economic-political association of the Centre Region, Santa Fe is mostly green flatland. It has a strong economy bolstered by its agriculture and tourism industries.

It is also a lively, busy, quite well-developed province, especially its capital, Santa Fe City, and the city of Rosario. Santa Fe City is close to Paraná City in Entre Ríos, which lies on the other side of the river, and is linked to it by the Hernandarias Subfluvial Tunnel. Since the building of the tunnel and highways, Santa Fe has become an active urban zone complete with important commercial centres, an exciting nightlife, and many opportunities to enjoy artistic and musical events and recreational sports. Perhaps what makes the city so special is that it marries urban life and nature so masterfully. Its beautiful landscape of green parks, rivers, and streams are the perfect backdrop to its modern infrastructures, numerous public monuments, and many culturally significant museums.

Conservative, sedate Santa Fe is an old city. It sits near the junction of the Salado and Paraná Rivers, connected to neighbouring Paraná City by a 3-kilometer, state-of-the-art subfluvial tunnel which has contributed to the growth of tourism to the city.

Santa Fe is the commercial and distribution centre of the agricultural Santa Fe Province. It is also a business tourism hub and hosts conventions all year round.

There’s good fishing to be had on the rivers. Along the banks are an exclusive residential area, restaurants, bars and a reservoir. The city’s main commercial area is San Martín , a seven-block district with bars, restaurants and cafés, hotels, banks and stores. 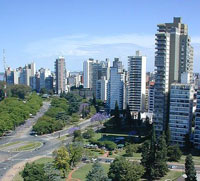 Second only to Buenos Aires City’s importance in Argentina is the port city of Rosario. For its continually growing metropolitan area, large urban department, and by virtue of its being the most important export centre in the country, Rosario has been Argentina’s second capital city since the end of the 19th century. It is the third largest city in Argentina in terms of area and population.

Rosario is the site of an important national and international education centre, with numerous universities and learning institutions. It is also at the centre of Argentina’s optical fiber ring, and the city is fully serviced by data companies who supply seamless communication from public phones to mobile networks. The squares in the city centre and the riverfront are Rosario’s shopping and entertainment hot spots, stuffed with malls, shops, restaurants, bars and cafés. Several large construction projects are underway throughout the city.

Like Buenos Aires City, Rosario is a modern city that remains in touch with the elegance and verve of the old world. Its landscape is populated by modern infrastructures melding gracefully with the classical and ancient architecture in some residences and important public buildings. Because of its importance to the country, local people, institutions and politicians of the Centre Region want Rosario to be granted the status of autonomous city.