Where to buy property in Saint Mary, Jamaica 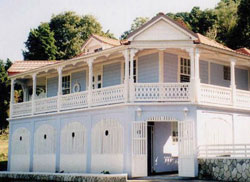 Once Santa Maria, this parish was one of the first areas to be settled by the Spanish. A reminder of its Hispanic past remains in the name of its capital, Port Maria, the second town to be built by the Spanish on the island. The parish’s name was Anglicized by the English when they took over in 1655.

Saint Mary is one of the smallest and poorest parishes in Jamaica. It is quite mountainous, with altitudes reaching as high as 4000 feet. Running through the parish are three rivers—Rio Nuevo, Wag Water and White River, surrounded by swamplands. In the west, there are some underground rivers.

A large variety of fruits and other crops are grown in Saint Mary. The industries in Saint Mary are mainly those related to agriculture, such as the processing of coconut products. However, agriculture appears to be on the decline. Most of the inhabitants now work in tourism-related jobs.

Compared to other parts of Jamaica, there is still not that much tourism here, due to the lack of beaches. There are historic sites, however. The Annotto Bay Baptist Church has a particularly distinctive style and is preserved as a historic monument. Firefly, the cottage where the writer Noël Coward lived, is now a museum. The Brimmer Hall Estate, still a working plantation, has an antique museum in its great house. A plaque marks the site of the Spanish-English Battle of Rio Nuevo. Another attraction is Castleton Gardens, lush with exotic plants and sheltering a large number of birds.

Despite its relative poverty, Saint Mary has some good schools. There are plans to build more housing and infrastructure on some of its agricultural lands.

The capital of Saint Mary parish, Port Maria is a historic town with a cool, moist climate. One of its important monuments is the 18th century great house at the Brimmer Hall Estate, a working plantation open to visitors. It has a nice restaurant serving Jamaican cuisine, shops and a swimming pool. There are several other well-preserved colonial era buildings in the town, including the 19th century Anglican church and courthouse. Recently restored was Firefly, the estate where poet and playwright Noel Coward once lived and is now buried. An excellent view of the town and the bay can be seen from the estate. 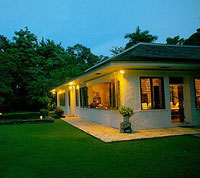 The quiet town of Oracabessa lies in the hills of Saint Mary and offers glorious views. Its name comes from the Spanish oro cabeza, meaning “golden head”, and the designation is justified when warm golden light bathes the town in the afternoons. With its beautiful waterfront, it found favour with Hollywood stars of the past.

Its most popular beach club is the James Bond Club, inspired by the the creation of its most famous former resident, Ian Fleming. The author wrote all 14 of his Bond novels in his estate Goldeneye, which is now an exclusive resort that draws a chic crowd. It has a restaurant, bar, and an outdoor concert venue.

The town is set to become a major tourist resort. But it still has just one main street and a few shops and bars. Oracabessa also has a large covered farmer’s market which is busiest on Thursdays and Fridays. The buildings are mostly one-storey wooden affairs in the Caribbean Vernacular style, preserved down to the pretty fretwork.