Where to buy property in Ruse, Bulgaria 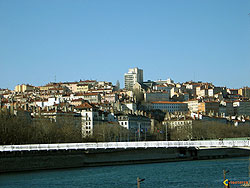 Rousse, in northeastern Bulgaria, is full of attractions. The Ivanovo Rock Churches, the medieval fortress of Cherven, the ancient treasures of the Orlova Chuka Cave, and the picturesque canyons and river valleys of the Rusenski Lom Nature Park are only some of the region's popular tourist spots.

Perhaps most interesting is the preserved Old Town of Ruse, which is full of urban architecture dating back to the 19th century when the town was the gateway for European cultural influence in Bulgaria.

Rousse is a major Pan-European transport crossroad, with good roads and railways, border checkpoints, a duty free area, river transport, and the Rousse-Giurgiu Friendship Bridge, the only bridge over the Danube within Bulgaria.

Rousse is the biggest Bulgarian city on the Danube, though it isn't particularly big. Its nickname is even "Little Vienna" though it invites comparison to the great Austrian city because of the similarity between their buildings architecture. About 200 of these buildings in Rousse are listed as being of historical and architectural importance.

Rousse is Bulgaria's most important river port, and the country's first railway was built here. It is a major educational center, with dozens of higher learning institutions and numerous museums.

The city's night life is not as lively sa those of other cities, but there are good hotels and restaurants here. A new shopping mall, Royal City Centre, recently opened. It is the first in a series of shopping complexes that are scheduled to open in Rousse in the next few years.

Rousse's centre is well-preserved, in better condition than the residential areas on the city outskirts. It has a beautiful park, Lipnik, on the Danube. Romania lies across the river.