Where to buy property in Palermo, Uruguay 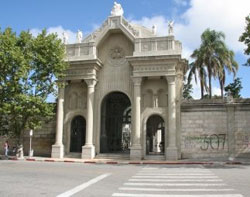 It is one of the oldest districts in Montevideo, with some poor areas. The residences here are mainly old colonial-style houses. There are a few shops that sell inexpensive merchandise, but for grocery needs one must go to the commercial district on 18 de Julio Avenue.

The neighborhood of Gaboto was once a low-income district. Tenement buildings housed families in cramped rooms and shared sanitary facilities.

Following violent mass evictions as a part of the city’s gentrification project, Gaboto has been transformed into a tourist hub with quaint hostels, some of which offer cena shows, or live tango shows with dinner included.