Where to buy property in Negeri Sembilan, Malaysia 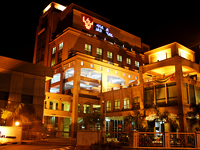 Negeri Sembilan, which means "Land of Nine States" after the nine districts it is composed of, is 50 kilometres away from Kuala Lumpur and is notable for the strong influence of the Minangkabau, a Sumatran tribe that crossed the Straits of Malacca and settled here in the 15th or 16th century.

The tribe, which still exists in West Sumatra, Indonesia, brought along their matrilineal culture, in which the females are the inheritors and property owners.

The tribe also brought their architecture, distinguished by rooftops resembling the horns of a buffalo the �animal that, according to tribal legend, let them win a duel against Javanese invaders. In Negeri Sembilan, both traditional and modern buildings proudly display this architecture. A classical example is the Istana Sri Menanti, an early 20th century 4-storey timber palace with rivets and dowels holding the logs and the other pieces of wood in place instead of nails. It is now a royal museum.

The coastal resort of Port Dickson is a favourite haunt of locals, being a mere 2 hours away from the national capital. The scenic journey makes the most of the area's sandy coastline, which is lined with coconut and casuarina trees, and dotted with hotels, condominiums and private homes.

Aside from its 50-kilometre coastline, Tanjung Tuan, formerly known as Cape Rachado, is a bird-watchers delight when birds from northern climates migrate here, from September to March. Within the rainforest in Jelebu, is the magnificent Lata Kijang Waterfall, which may be reached only through four-wheel drive transport. Toward the border with Melaka is the tiny town of Pengkalan Kempas, whose historical complex houses not just the grave of a beloved missionary, but also three huge stones, carved into odd shapes and featuring Arabic and Sumatran inscriptions as well as animal engravings.

The state is filled with rubber and palm oil plantations, and fruit and vegetable farms. Negeri Sembilan also has many industrial zones, manufacturing chemicals, electronics and furniture.