Where to buy property in Monte Carlo, Monaco 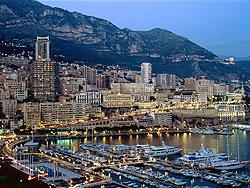 The jewel in Monaco’s glittering crown is Monte Carlo (a prime area). It is the image of the principality that most people are familiar with: glitzy casinos, five-star hotels, luxury boutiques, fancy cars, the rich and famous.

The most well-known landmark in Monte Carlo is its opulent casino, which served as inspiration for the one in the first James Bond novel, Casino Royale. It has been largely responsible for the great surge in Monaco’s tourism industry since its opening.

Built by the architect Charles Garnier in 1863, the Grand Casino is a marvel of Belle Epoque architecture. Its marble atrium, supported by tall onyx columns, leads to the Salle Garnier, which is embellished in gold and red and decorated in a fury of frescoes, sculptures and bas-reliefs. This theatre has seen its fair share of outstanding performances of opera and ballet for more than a century.

Farther on are the gaming rooms, stuffed with bronze lamps, paintings, sculptures, slot machines and blackjack, craps and roulette tables attended to by Vegas-trained staff. A strict dress code is imposed and passports are shown at the door; no one under 21 is allowed inside. The inner sanctum of the Casino consists of the Salons Privés through the Salles Touzet—no tourists and beginner gamblers here. The atmosphere is much more serious, as the stakes are very high.

Outside, the Casino Gardens are a magnificent display of flowers, exquisitely manicured lawns, ponds sprinkled with water lilies and reeds, and a lovely fountain with a sculpture by Botero. Facing the sea are sunny terraces and the roofs of the Convention Centre and Auditorium, which are decorated with a collection of colourful geometrical artwork by Vasarely.

Beside the Casino is the elegant Café de Paris. With its modern gaming rooms and outdoor tables, it is the place to be seen. Yet another gaming hotspot here is the Sun Casino, Monaco’s most “American” casino. It offers stud poker, American poker, craps, a Big Wheel and other games you might find in any casino in Las Vegas or Reno.

Monte Carlo also has a bevy of fine dining restaurants, a grand resort, shopping centres, and another Monaco landmark, the Opéra de Monte Carlo. Since it was opened by Sarah Bernhard in 1879, some of the greatest singers in the world have premiered dozens of works in it.

The nearby Japanese Gardens is a harmonious amalgamation of stone, water and plant architecture, with waterfalls, koi ponds, manicured olive and pine trees, bamboo fences, stone lanterns and wooden gates.

Monte Carlo also encompasses the beach area of Larvotto and the residential areas of Saint Roman/Tenao and Saint Michel.

The Golden Square is a good name for this part of Monte Carlo. The most obvious displays of wealth are here: the Grand Casino, the Hôtel de Paris. The principality’s most expensive real estate is near this square, from older houses to modern luxury apartment complexes.

In the Place du Casino is the quartier’s exclusive shopping area. Nicknamed Cercle d’Or (the Golden Circle), it consists of the Avenue Monte Carlo, the Avenue des Beaux-Arts and Les Allées Lumieres, where Hermès, Christian Dior, Gucci and Prada, Bulgari, Cartier and Chopard are all familiar names.

Search for properties in Monaco