Where to buy property in Miranda, Venezuela 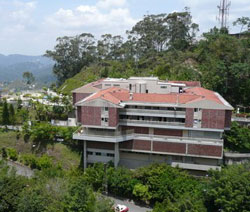 Mountains meet coasts in the north central region of Miranda, which bears the name of Francisco de Miranda, the Venezuelan revolutionary who was the forerunner of Latin-American Independence. It covers part of the city of Caracas and is the second most populated state after Zulia.

Miranda owes its economic development to the fertile lands in the Tuy valley, where corn, sugar cane, cocoa, fruits and vegetables are grown. Outside of the capital city, Los Teques, urban development is rapidly increasing as manufacturing industries in chemical and metallurgy flourish, favoured by the state’s proximity to the national capital.

Tourism is also growing along the Miranda coast. Popular beaches include Chuspa, which has beachfront vacation rentals; Chirimena, popular with surfers; Carenero, which has a marina; Machurucuto, which has an airfield; and Tacarigua, which has a beautiful lagoon.