Where to buy property in Liege, Belgium 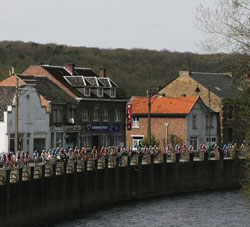 The province of Liège is the economic heart of the Walloon Region, and the third largest river port in Europe. It shares a border with Germany, and a significant number of its residents speak German.

Steelmaking has been one of the cornerstones of Liège economy for centuries, and is still a huge source of Liège’s income. The province is also a trade centre for steel products, machinery, and electronic equipment.

While it is a strongly industrial area, there is still a lot nature to admire in Liège. It is Belgium’s most hilly region, the thickly forested Ardennes covering much of the land. The sillon industriel, the source of Wallonia’s coal- and steel-driven, heavily industrial economy, passes through the province in the Sambre and Meuse river valleys.

The Meuse River flows through the province. Every Sunday, Liège’s Marché de la Batte, the biggest street market in Europe, opens on the riverbank. Along a 3-kilometre stretch, vendors sell cheeses, vegetables, fruit, meat, fish, poultry, and wines to thousands of buyers, while thousands more browse the quantities of antiques, clothes, records, flowers, bags, and ornaments on display. It attracts crowds of 50,000 to 100,000 every time. After a long day shopping, visitors can check out Europe’s oldest health resort in the town of Spa (which is where spas get their name from). 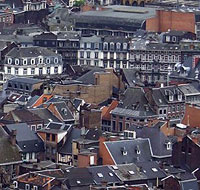 The city of Liège is called la cité ardent (the fiery city) for two very different reasons: its reputation as a top steel-making centre, and the warmth of its people.

Liège is the heart of the sillon industriel that runs through Belgium. Its fortune was built on the steel and iron foundries, coal mines and glassworks industries. It is still an industrial city, with large manufacturing plants and a blue-collar character that persists, even though the services sector has become more important to the city's economy.

It is not the prettiest or cleanest city. It has many fine old buildings, but also many modern ones—squat office buildings, large manufacturing plants, drab apartment buildings along the Meuse River—that present a stark contrast to the high Gothic grandeur of the Cathedral of Saint-Paul and the attractions of Liège’s busy centre, the Place Saint-Lambert. One such attraction is the availability of good food and drink here—you can get a crunchy, sugary waffle in one of the streets near the square, or a specialty ale at any of the pubs close to the university.

Place Saint-Lambert is dominated by the 16th century Palais de Justice. It also known for its shopping streets and historic areas, most notably the Archeoforum, the partly excavated remains of a Roman villa below the square, which visitors can access by going down a staircase.

Place Saint-Lambert and the nearby Place du Marché stage a large Christmas market during the holidays—the largest in Belgium, covering 155 chalets. The stalls sell popular Belgian foods such as chocolate, fresh produce such as olives and mushrooms, and oysters. Holiday decorations such as candles, Christmas tree baubles and pottery sell out quickly as well.

Seraing, near central Liège, is known for its crystal glassware industry—one of its glassmakers is the official supplier to the Belgian king. Steel mills, coal mines and electricity generation also provide much of the area’s employment.

The Bois de la Vecquée covers one third of Seraing and borders the centre on three sides. Its large beech and oak trees provide shade for the people going down the forest paths. There are guided walks in the forest all year round. 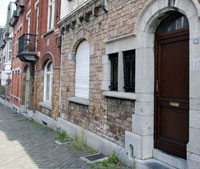 Built on the banks of the Vesdre River, Verviers calls itself Wallonia’s ”water capital” because the quality of the Vesdre’s waters is such that its use in the city’s textile industry results in beautifully dyed and wondrously soft fabrics. To minimize the river’s pollution and because it has proved to be vital to the town’s economy, an aqueduct was built to deal with its growing industrial use.

Verviers thrived during the Industrial Revolution as an important wool and textile centre, then saw its fortunes decline in the face of international competition in the 1950s. In recent years, the municipality has attempted with some success to revitalize its economy by building new infrastructure.

Appropriately for Belgium’s Water Capital, Verviers has a lot of fountains, many with interesting sculptures or monuments in the middle. These include the Fontaine David, a monument to an old Verviers mayor; the large Fontaine de la Gare, with its dozens of water jets; and the Grace Fountain, inaugurated on World Water Day in 2005; and the elegant, 270-year-old Perron Fountain in the city square.