Where to buy property in Karangasem, Indonesia 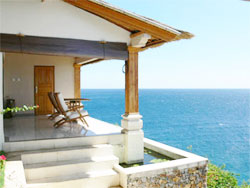 Karangasem is a regency of Bali, covering the east part of the island. It has a tropical climate with beautiful natural wealth. This was most affected by the terrible eruption in 1963 of Mount Gunung Agung, the supposed home of the Balinese gods. Now the volcano adds to the quiet charm that is now Karangasem.

Mount Gunung Agung is a big tourist attraction in Karangasem. It is the tallest peak in Bali and a great hike for mountain trekkers. Mount Gunung Agung is also a religious centre in Bali. Devotees frequent the mother temple, Pura Besakih yearly; found about 1000 meters up the mountain’s slope. It is the most important temple in Bali and thus, the best maintained temple. The complex has 30 smaller temples in 7 terraces that line the hill. There are also 22 separate sanctuaries with over 200 different structures. Every Balinese district, caste, kin group has a temple or shrine here, and every Balinese god is honoured here, as are artisan guilds and families of nobility.

In Candidasa, there are clean and cheap food and accommodations. There are no aggressive beach vendors as there are in more popular tourist spots around. The town has tripled in size over the last few years, but the area is still serene. Candidasa is easy to navigate as almost everything is found along the main street that runs parallel to the beach. The most popular activities are diving and snorkelling. There are many spots that are not to be missed, namely Gili Tepekong, Amed (with a great 40 metre drop off), Tulamben (wreck diving teeming with marine life) and along the reefs of Tianyar. Cycling and hiking are also popular activities here.

Nearby is a small village Bugbug where the locals celebrate the Perang Dawa (war of the gods) by climbing to the top of a hill and hang pigs in trees as their sacrifice. This happens every other year during the full moon in October.

Tenganan Village is what Bali looks like prior to tourism and development. This walled village has protected itself from the outside world for centuries and maintained a strong rule for non-fraternization with anyone from the outside. Till today, much has been preserved and practiced in this pre-Hindu Balinese village, in the way the village is arranged, in architecture, religious rites as well as its art.

The village has old courtyard walls with beautiful large community halls. The old homes are masculine high-based long houses and the entire village is surrounded by a 100 year old wall. Tenganan is the only place in Indonesia that makes the wonderful woven textile, “double ikat” called gringsing. The residents of the village believe that it will protect the wearer with its magical powers.

Tirtagangga (literally translated to: Water of the Gangges) is a small quiet village in Karangasem. Most people who visit here take a dip in the village’s spring-fed pools. A resting place designed by six princes from the regency’s old royal family, the exotic pools and fountains is a wonderfully serene water playground for the weary traveler. Tirtagangga is a great place for trekking and cycling as well because of the beautiful rice terraces, rolling hills and small back roads.

Karangasem has a few beaches worth checking out. There is Padangbai which is yet another great dive spot, and Balina, another simple beach area with gentle waves and clean black sand. There is diving in the nearby areas.

Amlapura, East Bali’s main town and transportation centre, was a kingdom in the 19th and 20th centuries. Its name was changed from Karangasem to Amlapura after Mount Agung in Bali erupted in 1963, as Balinese people believe that doing so will bring a change in fortune.

Amlapura has a one-way system, with shops lining the street sides, selling fans and kitchen wares among other items, and warung, or neighbourhood stores. The town has a mix population of Hindu-Balinese, Chinese and Muslims.

The royal palaces can still be found in Amlapura but most are already crumbling. One was restored, the Puri Agung Karangasem built in the 19th century by the first king of the Karangasem Kingdom, Anak Agung Gede Jelantik. The palace combines three different architectures. The main building and its spacious veranda is a European import. The windows, doors and ornaments are Chinese. The Hindu carvings and statues are unmistakably Balinese.

Puri Agung stands in the centre of Amlapura and attracts many tourists.

Pantai Putih, or Pantai Pasir Putih, is a very popular beach resort in East Java and can get quite crowded during weekend with local tourists coming here to lounge, swim, and snorkel.

Pantai Putih, which was once a “secret spot” and recognized as one of the best beaches in Bali, has white sand beach, as its name suggests. It really is a beautiful coastline with clear waters, but what’s making it look cramped and unattractive are the rows of souvenir stands and warung stores that have set up here, and the line of boats docked on the shores. Also, the beach is infested with sand flies.

Candidasa (Candi Dasa) was a quiet fishing village before it became crowded with hotels and restaurants lining the beach and so close to the waters. In fact, there’s not much beach left as the construction of buildings eroded it. The mining of corals used to make cement also contributed to the receding of the beach.

Yet Candidasa is serene and a laidback resort, good for diving and snorkelling. There are some sandy spots good for swimming, as further sand erosion is prevented by concrete sea walls.

Candidasa has a popular temple opposite the lagoon, where a statue of Hariti, the fertility goddess, stands.

Tenganan village in the hills of East Bali is one of the most conservative groups belonging to the Bali Aga. These descendants prefer their isolation from other villages and take pride in doing things their own way, and stick to their beliefs and old traditions. This isolation has made them very unique and even different from other Bali Aga villages.

Tenganan village is quite orderly, with all houses sharing the same plan and measurement, and are arranged in rows on both sides of the stone-paved path cutting across the village. The village owns large tracts of fertile lands efficiently cultivated for the all the needs of its members.

Tourists not only marvel at the houses in the walled settlement, but curiously check out Tenganan festivals such as the Usaba Sambah, in which Perang Pandan is the most famous, where men fight with pandan (pandanus) leaves.