Where to buy property in Jammu and Kashmir, India 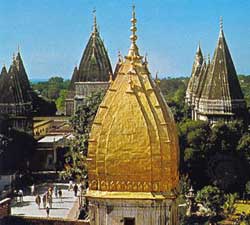 The northern state of Jammu and Kashmir is part of the disputed territory of Kashmir, which is claimed by India, Pakistan and China. It is the section that is part of India, though it also enjoys special autonomy within the country. It is the only Indian state with its own flag and Constitution.

Jammu and Kashmir’s economy is primarily based on agriculture. Its agricultural areas are blanketed by fields of wheat, barley, corn and millet and fruit orchards where apples, pears and oranges are grown. The fishing and horticulture industries are also major sectors, as is the manufacture of handicrafts.

Despite the insurgencies and political unrest that continue to affect the area, Jammu and Kashmir still attracts tourists from around the world. Their reasons for coming to the state are varied, from the skiing at Gulmarg to holy sites such as the Buddhist monasteries in Ladakh and the Hindu shrines in Jammu.

The state is made up of the regions of Jammu, the Kashmir Valley and Ladakh.

Ladakh, which borders Tibet, has a rich Buddhist and Indo-Tibetan culture and, in fact, is often called “Little Tibet”. Bounded by the Himalayan and the Karakoram mountain ranges, the region is a high-altitude desert. It is the largest section of Jammu and Kashmir and the least populated. Its capital, Leh, is a small town but its most developed area.

The Kashmir Valley lies between the Himalayas and the Pir Panjal range. Its main city, Srinagar, is also the summer capital of Jammu and Kashmir. Its beautiful Mughal gardens, with their neat lawns and vibrant flowers, receive thousands of visitors every year.  The city sits amidst the Dal, Sona and Nagin Lakes, which are decorated by the colourful houseboats and gondolas moving across their blue surfaces. The gondolas, known locally as shikaras, take visitors on a tour of the valley’s rivers and lakes.

Not far from Srinagar is the district of Baramulla. Its main attraction is Gulmarg, or the Meadow of Flowers, situated high in the Pir Panjal range. Noted for its beauty, the town is one of the most popular skiing destinations in India. It also has the highest golf course in the world. 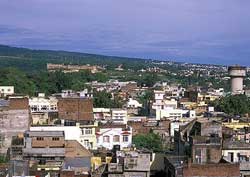 The Jammu region is the business and economic centre of the state, and Jammu City is both the largest city and the winter capital of Jammu and Kashmir. The River Tawi flows by it, and the Himalayas loom overhead. It is known as the city of temples, but it is also a city of old forts and elegantly laid-out Mughal gardens. Thousands of Muslims and Hindus make pilgrimages to the region’s shrines and temples every year.

Several development, rehabilitation and infrastructure projects are underway in Jammu and Kashmir, primarily the improvement of about 80 bridges and hundreds of kilometres of roads throughout the state, particularly the Jammu-Srinagar Highway between the state’s two major cities. Industrial estates are springing up, though the relative inaccessibility of the area and the lack of power throughout the state are making it difficult for it to attract many industries.

There is some optimism regarding Jammu and Kashmir’s real estate sector. However, foreigners and Indians from other states are not allowed to own property in Jammu and Kashmir. Many outsiders have gotten around this law by living on the houseboats that have become part of the Jammu and Kashmir lake scene.

Some residential projects are going up in the state. In Jammu, a new development consisting of dozens of apartments built by a private housing company has already sold most of its units. More builders are beginning to take an interest in Jammu and Kashmir as well.

Find properties for sale in Jammu and Kashmir, India