Where to buy property in Innenstadt I, Germany 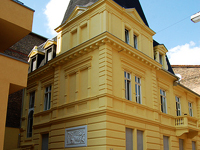 Innendstadt I is an inner city district, as its name implies. It is a lively area, with restaurants, cafés, stores, and popular nightspots. Zeil, Germany's longest pedestrian shopping street is in this district. Other interesting areas are Goethestrasse, which features elegant little shops and cafés; Fressgass, a restaurant row; and in Bahnhofsviertel, the red-light district which also boasts charming architecture and wonderful ethnic restaurants. Friedberger Tor, one of the two medieval watchtowers in Frankfurt, is one of the district's most important historic landmarks.

Equally important are the baroque Main Guardhouse (Hauptwache) and St. Catherine's Church, Frankfurt's largest protestant church, built between 1678-1681. It was heavily bombed during the war but rebuilt, and reopened in 1954. The Hauptwache was built between 1729-1730. Where the military used to stand guard, is now a caf� and a popular meeting place. 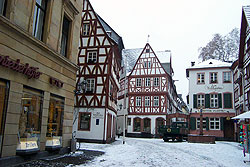 The Altstadt was ravaged by bombs during the Second World War. It has been restored and now has a number of tourist attractions. Römer Square has beautifully reconstructed old buildings, including St. Paul's Church, a true and authentic reconstruction. The Town Hall has also been reconstructed, and is the symbol of Frankfurt's historic city. The name "Romer" was given to the tallest of the houses, which used to house Italian merchants coming to the fairs.

There are good places to shop in the Aldstadt, especially the Grosse Bockenheimer Strasse and Rahmhofstrasse.

Frankfurt's Aldstadt impresses with its many museums, art galleries and above all the Old Opera House. Built under Kaiser Wilhelm I in 1880, the Opera House was designed in an Italian renaissance style to accommodate over 2000 guests. Heavy bombed during WWII, it was a ruin, but was restored between 1964-81 and renamed the 'Old Opera Concert and Conference Centre'. Today it hosts classical music, operas, but also jazz, pop and rock concerts, and also conferences and other events.

Frankfurt is obviously very proud of its most famous son, Goethe. The city has meticulously restored the Altsdat house where Goethe was born, on 28th of August, 1748. Although Goethe spent most of his life in Weimar, The Sorrows of Young Werther was written in Frankfurt. Goethe's house is a mostly medieval half-timbered house, and similar houses dot Frankfurt's various districts. 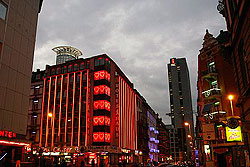 Bahnhofsviertel is situated around the Hauptbahnhof, Frankfurt's main train station and the biggest terminal station in Germany. It is Frankfurt's second smallest district, with a small population. It has many places that cater to tourists, since many tourists pass through the area.

The district is diverse and multi-cultural, with many exotic shops, restaurants and even a mosque. There's been a history of seedy establishments from bars and night clubs to adult movie theatres, but now these occupy only a small part of the quarter, mainly along Taunusstraße and in some of its side roads. There's also been a drug scene, but as a result of anti-drug campaigns most users have disappeared from the streets. There's a strong people's initiative trying to gentrify and rehabilitate the district.

However, because of the area's lingering bad reputation, when trendy establishments try to come to the area, they are often short-lived. The area has some lovely examples of architecture, though, and the ethnic restaurants here are among the best in Frankfurt. The fact that the area houses the English theatre, means that many of the resident international community return to the area after work for entertainment.

Gallus is a centrally located and has quite a diverse population due to its many industries as well as its proximity to the central station. There are many poor immigrants, and some gang crimes in this district, but the northern section has recently greatly improved, and many large companies have offices here now. 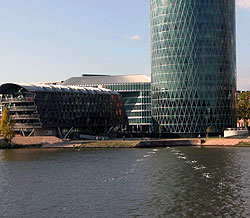 Gutleutviertel is a cosmopolitan district along the banks of the Main River. There are some interesting places to shop and dine in this area, with its many ethnic establishments. It is near the central station, the Baseler strasse highway, and Friedens Bridge. The district is populated by over 5,000 people, mostly immigrants.

Though not originally intended as a residential district, it became occupied by many migrants towards the end of the 19th century. In 1984, when the population had reached 6,000, the government made efforts to improve the district. The area was expanded in 2004 with nearly a third consisting of social housing. Westhafen, a restored working-class district, has plenty of new housing. There are also 12 five-storey luxury apartment buildings at the old Hafenmole area. Office and commercial buildings were also built part of the improvement efforts.

Innenstadt is a financial district, part of the Bankenviertel. This was heavily bombed during the second world war.

So completely destroyed was the area that the Frankfurt planners decided to put a modern banking quarter, instead of restoring what was left, partly motivated by the fact that Frankfurt has long been a finance centre.

The building of the so-called Mainhatten started at the end of the 60s, with the first generation of skyscapers, mostly bland, grey boxes. However architects became excited about the project, and better skyscrapers followed.

The current Commerzbank tower, which is the city's tallest and was Europe's tallest building until 2003, has had the blessing of the Green Party which governed the city in the 1990s, and was designed on ecology-friendly lines.

Find properties for sale in Innenstadt I, Germany