Where to buy property in Eastern Anatolia Region, Turkey 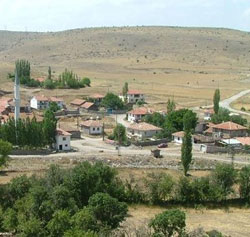 According to the Bible, Noah found land after 40 days and nights when the Ark landed on Mount Ararat. The mountain is in the province of Iğdir in Eastern Anatolia, near the borders of Iran and Armenia. The biggest region of Turkey, Eastern Anatolia comprises more than a fifth of the country’s land area. Its populated areas are mostly rural, and it has been called Turkey’s Siberia for its northern mountain ranges and barren lands.

Eastern Anatolia is Turkey’s most elevated region. Its uneven landscape has many peaks rising more than 2,000 metres above the ground, including Ararat. The region has experienced avalanches, earthquakes and widespread lava flows that have buried many villages in the past.

The region is also blessed with fertile basins that are suitable for grain production, particularly wheat and barley. Some of the arable lands are used for growing sugar beets, tobacco, and cotton. Agriculture and animal husbandry are two of the biggest industries in Eastern Anatolia. The region is remote, and small communities are scattered throughout its vast territory.

Eastern Anatolia is far from the coast. It has long, harsh winters and short, very hot summers, though the highlands remain moderately breezy. Substantial rainfall make its wide plains good for crop-growing and cattle grazing.

Erzurum, the largest provincial capital in Eastern Anatolia, lies at the foot of the Palandöken Mountains. It is the region’s commercial and cultural centre and an important university town, home to one of Turkey’s outstanding institutions of higher education, Atatürk University.

One of Erzurum’s most impressive historical sites is the 13th century Twin Minaret Seminary, a fine example of Seljuk art and architecture with its carved stone doors and 26-metre high minarets ornamented with unique turquoise coloured tiles.

Other interesting sites here are the Üç Kümbetler, which are three tombs built on an octagonal plan, and the Aziziye Monument, which commemorates the 1878 Turkish-Russian War.

The modern city of Erzurum has broad tree-lined boulevards and roundabouts. Most of its restaurants and cafés are on its main street, Cumhuriyet Caddesi. The city also offers ski facilities, as Palandöken is a major winter ski resort popular among locals and foreign tourists. 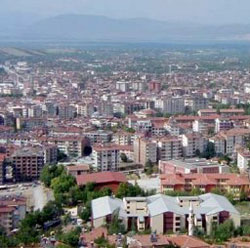 Muş is a province and the second largest plain in the Eastern Anatolia region. High mountains hide the lush area, where lakes abound and the river Murat, the source of the great Euphrates, flow nearby.

Muş has been a province since the 6th century. Some of its old landmarks are in poor condition, such as the remains of two citadels and the Aslanhane Caravanserai. The Seljuk mosques, Alaaddin Pasha and HaciSeref, are in better condition. The Seljuk first entered Anatolia through the town of Malazgirt, where they defeated the Byzantines.

Not many tourists visit the province, whose economy relies on agriculture, livestock, and carpet-making.

Malatya, the world’s leading producer of apricots, lies in the middle of a fertile plateau in southeastern Turkey, surrounded by large and small streams. It is a busy and prosperous city, thanks to its thriving agricultural sector and its exports.

Apricot orchards, grain fields and pastures are part of Malatya’s beautiful scenery. One delightful attraction here is the city’s large covered bazaar, with an area devoted to ingeniously made metalworks.

A great example of Seljuk architecture, the 13th century Ulu Mosque, can be found in the city centre.