Where to buy property in Coast, Kenya 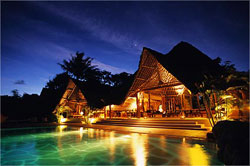 The first traders to touch Kenyan soil were Arabs from the Persian Gulf during the 12th century who reached the coast. Many of them settled in the area, and towns sprang up. In 1498, the Portuguese arrived and quickly gained control of the area, followed by the Omani people during the 17th century. All throughout this period, economic activity continued to develop. During the reign of the Omani ruler Seyyid Said, the export of hides, ivory, cloves, coconut and slaves peaked. In 1920, the coastal area became a British protectorate. This mix of colonial masters has made this region a wonderfully curious mix of ports, beaches, resorts and historical sites. Even the architecture reflects the many influences of cultures that have claimed the coast.

The coastal region is becoming popular with visitors to Kenya. The Indian Ocean provides some of the best diving and snorkelling in the world. Fish grow to enormous sizes here and the undisturbed coral reefs found in the marine parks of Shimoni, Watumu Bay and Malindi are expansive homes for a huge variety of marine life. While the capital and Kenya’s second largest city Mombasa still attracts the most attention, places like Diani Beach, Malindi and Watumu Bays, and the islands of Lamu and Pate are fast becoming popular.

One of Kenya’s oldest coastal towns is Malindi, where the Portuguese explorer Vasco da Gama landed in 1498 before he sailed on to find India. It is also one of the biggest tourist draws on the coast. Historical monuments such as the pillar that da Gama erected overlooking the water are just some of the attractions here. The town has hotels, casinos, bars, clubs, and golf courses. Malindi’s long, curving beach is a popular site for surfing and deep-sea fishing. Glass-bottomed boats take tourists on trips to view the rich corals underwater in the Malindi Marine National Park. 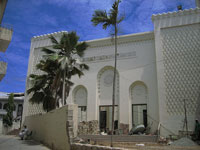 Mombasa is Kenya’s second largest city and the country’s primary port. It is a vibrant island town whose streets range from twisting alleys embellished with intricately carved doorways and Arab patios, or wide avenues leading to modern office buildings. Mombasa is one of the mort important tourist centres in Kenya.

Typical of coastal towns, Mombasa sits on flatlands. While it is mostly on Mombasa Island, it also extends into the mainland, separated from it by two creeks, Port Reitz and Tudor Creek. The weather here is warm almost all year round. The rainiest months are April and May.

As Kenya’s only large seaport, trade and coastal tourism keeps Mombasa abuzz with activity day and night. Popular areas to visit are Fort Jesus and Old Town. Mombasa’s beaches—Nyali up north and Diani down south—are popular for their white sands and the warm waters of the Indian Ocean. Scuba diving, sailing, deep-sea fishing, game park safaris, and lavish beach front hotels—not to mention the warm hospitality of the Kenyan people—are more than enough enticements for people to come and visit.

It is not uncommon to see Portuguese, Arab or British influences in every aspect of Mombasa, from the  architecture, the cuisine and the people. While the most common language spoken here is English, finding Dutch, German or French speakers is common.

Mombasa is a relatively small town, so an extensive transportation system is not needed. In fact, Mombasa only has four major roads along which most of its businesses and shops are located: Moi Avenue, Nyerere Road, Digo Road and Nkrumah Road. The most popular way for locals to get around is by the public bus or the minibuses known as matatus.

Safety and security in Mombasa has always been an issue of concern, but it has improved over the years, especially along the beaches, where foreign saturation is highest. It won’t hurt to be extra cautious when exploring the city, though.

Mombasa’s Old Town is a great place to start to get a feel of Kenya’s history. Rambling through Old Town is like stepping back in time, back to the days when the coastal region was ruled by the Portuguese. The residents are mostly of Arab origin, which is felt very much in the language you’ll hear spoken here and in the town’s architecture. The old buildings and balconied homes are lavishly embellished with ornate carvings, while quaint shops sell antiques and souvenirs. The best way to experience Old Town is by foot and with a local guide.

If you start at Old Town in the morning, you can make Fort Jesus by afternoon. Fort Jesus is an imposing citadel built in the 16th century when the coastal region was under Portuguese reign. Although small changes to the structure were made by each new colonizer over the centuries, it still remains a superior example of 16th century Portuguese military architecture.

A prime residential area along the coast of Kenya, Nyali is also referred to as the “North Coast” due to the number of beachfront hotels that line the waterfront. Nyali, which is split up into Old Nyali and New Nyali, has banks, a post office, supermarkets, shopping malls, cinemas and the Nyali Golf Club. Nyali Beach is a favourite among tourists in the summer.

The most sought-after residential area in Mombasa is Kizingo. It has the Mombasa Golf Club, a 9-hole course surrounded by the white sandy shores and coral reefs of Mombasa’s coast, as well as a great view of the Mombasa harbour with the Indian Ocean beyond. The State House in Kizingo is the official residence of the Kenyan President as well as the guest home of visiting leaders. Standing on 3 square kilometres of prime land, the State House was built during British rule in 1907. It served as the official home of the Governor of British East Africa.

On Mombasa Island is Fort Jesus, a grand old stronghold built in 1593 by the Portuguese during their reign over the East African Coast. Built in the shape of a man, the fort is still one of the finest examples of 16th century Portuguese military architecture. Declared a historical monument in 1958, Fort Jesus today hosts not only a museum, but a conservation lab and several research programs.

Watamu Beach is a long stretch of white sand on the Indian Ocean coast popular with tourists for its laid-back environment and Caribbean atmosphere. As it is part of Watamu Marine National Park, there are no high-rise hotels here. With stretches of sand, water and sky that seemingly go on for miles, it is no surprise that popular activities in the area include swimming, diving and sunbathing. There are lots of places to stay in Watamu, from luxury hotels, serviced condo hotels to beachfront bungalows. The Hemingway Resort is found here, as are the Gede Ruins.

The port town of Lamu on Lamu Island was founded in the 10th century. Today, walking around town is an opportunity to visit its past. Lamu Museum for example, has a wonderful collection of artefacts from groups like the Orma, Pokomo and Swahili. Other popular museums are Swahili House Museum, the German Post Office Museum and the Lamu Fort Environment Museum.

With its narrow streets, the only means of transportation within the town is by donkey, or by sea via dhows or motorboats. When visiting, do not forget to take note of the surrounding areas, full of abundant life and deserted tropical beaches.

The village of Shela on Lamu Island was the site of a great battle between the peoples of Shela, Pate and Mombasa. It is now a centre for tourism, with a number of traditional homes at one end of the village. Many of these have been purchased by foreigners and grandly and gaudily renovated to become the kitschy holiday homes they are today. Shela also has one of the best beaches on the island, with stretches of clean, pure white sand and vintage dhows bobbing up and down on the water. It is a quiet change from the hustle and bustle of Lamu town and port. One of the better-known places to stay in Shela is the Peponi Hotel, with its intimate atmosphere and Arab charm. Situated by the water, it is a relatively inexpensive place to stay and a great romantic option for honeymooners.