Where to buy property in China 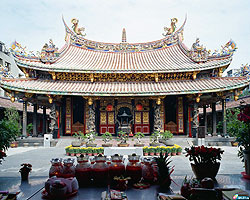 Its capital and political centre is bureaucratic Beijing, but its commercial heart is crowded, noisy and vibrant Shanghai.

Thousands of years in the making, China continues to surprise visitors, and continues to make an impact on the world culturally, politically and financially. With a recorded history of almost 4,000 years through 70 imperial dynasties, China has contributed so much to world civilization: an extraordinary number of discoveries, inventions and technologies.

China has also given the world Confucius and his secular, humanistic ideas on political and personal morality. Many Chinese values also derive from the spirituality of Taoism and Buddhism. Another great influence is Communism, which came to the fore in China during Mao Zedong’s leadership.

China’s changes have been so rapid, so immense, that the world has taken notice. It is the world’s fastest growing economy, and soon it will be its biggest market. A sleeping giant recently woken, China got out of bed hungry. Beginning in the 1970s and 1980s when it opened its once-closed doors, its people poured into business, the banking system, the stock market. Now, in electronics, aeronautics, textiles, energy, iron, steel, machinery and chemicals, China is on the verge of leading the world.

China’s cultural contributions include its variety of cuisines, which have made their way around the world; its distinctive architecture, with its emphasis on width and symmetry; and the acclaimed and long-popular film and television industries of the mainland and Hong Kong. Their movies and television programs have entertained millions worldwide and helped shape outsiders’ views of the great country.

China has not forgotten its roots, but it is very much in the modern world.

China’s eastern region consists of the six neighbouring provinces of Shandong, Anhui, Jiangsu, Jiangxi, Zhejiang and Fujian as well as the eastern city of Shanghai.

The east region of China is relatively flat, with fewer hills and basins than other areas of China. This makes it relatively easy to settle in, which is why no less than 368 million of China’s 1.2 billion people live here. This region is fertile, as its monsoon weather is subtropical and humid.

Those looking to be near the benefits of the modern world should keep this region in mind as it is relatively well-developed as compared to the rest of the country. Rich in natural resources, this region is a gold mine for China’s economy as it leads in very many industries including light industry, electronics and machinery. This areas transportation network is also progressive, with relatively modern roads, waterways, air traffic and railways.

The North Region is cradled between four of Mother Nature’s great creations: the vast Mongolian Steppe to the north, marked by the iconic Great Wall, the famous Yangtze River Basin to the south, the great Tibetan Plateau to the east, and finally, the deep Yellow Sea to the west.

Agriculturally abundant, the North China Region has been China’s bread basket for thousands of years, as its rich landscapes were cultivated and terraced. The rich yellow soil allows the cultivation of tobacco, peanuts, wheat and sesame, as well as maize and cotton. The vast plains and elegant mountain terrains also provide natural gas, coal, oil and iron.

North China’s geography has had a large impact on China’s political history. Its mountains and rivers mostly border the region, as opposed to running through it, as in the other regions of China. Its vast plains allowed rapid communication by horse. Because of this, most of its people speak a relatively uniform Mandarin, unlike the dialect-divided south. This gave it cultural mass, making it unsurprising that it became the home of China’s political capital, Beijing.

The lack of natural barriers made the area vulnerable to attacks, both by man and by nature. The invasions from Manchuria and Central Asia propelled the erection of the Great Wall of China. Unpredictable weather, plus flat ground, caused both floods and droughts, prompting the Chinese to construct granaries and hydraulic structures.

Divisions between the north and south of China, have long been ingrained in Chinese history. A local from north China is stereotypically described as a rugged-faced individual, bigger and taller than his southern cousin, with smaller, more slanted, single-lidded eyes. He is prone to intense displays of emotion, such as anger, but he is also warm-hearted, faithful and noisy.

The majority of the population in the North Region’s 1,255,000 square kilometres are Han Chinese, with Hui, Mongol and Manchu nationalities following closely behind.

North China Region includes the municipalities of Beijing and Tianjin, Inner Mongolia Autonomous Region and the provinces of Hebei, Shanxi and Tianjin.

China’s northwest region is locked in by some monumental landscapes. Its north is sealed off by the Kunlun, Altun and Qilian mountain ranges. The Great Xing’an Mountains patrol the west. Northwest China is bordered by Russia, Kazakhstan and Mongolia.

In this sparsely populated area, which has 30% of China’s land area but only 7% of its population, there are numerous ethnic minorities, including the Kazaks, Huis, and Mongol and Uygur groups. The Northwest provinces are among the poorest in the People’s Republic. Agriculture, mining and heavy industry are the biggest contributors to its economy.

This region is made up of Gansu, Qinghai and Shaanxi and the autonomous Ningxia and Xinjiang.

Sometimes considered part of Inner Mongolia, the provinces of Heilongjiang, Jilin and Liaoning make up the North East Region of China.

Forestry and agriculture are the region’s most important economic activities. The area is also very rich in coal and oil. The heavy industries date back to the 1930s, and were built to exploit the area’s abundant natural resources.

Due to China’s relationship to the former Soviet Union, companies such as Liaoning Anshan Iron and Steel Plant and Daqing Oilfield were able to thrive.

This region has long winters, lasting sometimes for more than six months. Summers, which are usually dry and blazingly hot in other regions of China, see a lot of rainfall in the Northeast Region.

The provinces of Guangdong, Henan, Hubei, Hunan, Hainan and the Guangxi Zhuang Autonomous Region make up China’s South Central Region, which borders Myanmar, Laos and Vietnam. The region has a coast on the South China Sea. The special administrative regions of Hong Kong and Macau are in the area but not considered part of the region.

As it is near the equator, its climate is more tropical than any other Chinese region, and very rainy. Typhoons hit the area in the summer. The lands are fertile, with marshes and lakes. Rice paddies cover the region, and vegetables and tropical fruits are in abundance. The region’s cities, foremost among them Guangzhou, are bustling centres of commerce, trade and culture.

This is one of China’s best-developed regions. With resources such as gas, water and minerals at its fingertips, it has developed rapidly.

The Southwest China Region includes Congqing, Yunnan, Guizhou and Sichuan provinces, as well as the Autonomous Region of Tibet. Its sharp mountains, lazy hills and deep basins are home to over 180 million people. Dominated by Han Chinese, the minorities in this area are the Yi, Dai, Bai, Dai, Miao, Zhuang and Tibetan ethnicities.

Compared to the rest of China, this region is relatively poor. While other regions have caught the development fever, it has moved forward little. Yet its resources, not only in tourism, but in chemicals, machinery and hydropower, give it the potential to become a giant.

Find properties for sale in China