Where to buy property in St. Kitts & Nevis 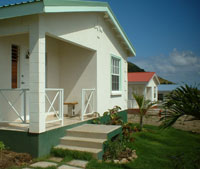 This two-island nation is part of the Leeward Islands. St Kitts is separated from the smaller island of Nevis by a channel, The Narrows. The country’s capital, Basseterre, is on St Kitts.

The islands occupied a strategic position in the West Indies, becoming the centre of conflict between British and French colonists. The first British colony in the Caribbean was founded on St Kitts in 1624 by Sir Thomas Warner. In the years that followed, the cultivation of tobacco and later of sugar cane flourished—and so did slavery, as African slaves were brought to the islands to work in the plantations. At the same time, battles for territory and supremacy in the area were waged between the British and the French and the British and the Spanish. 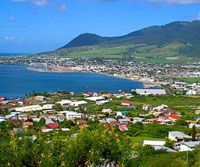 Many of the islands’ old sugar estates still stand, but they have been converted into hotels and luxury resorts. This is because St Kitts and Nevis is becoming more famous as a beautiful tropical holiday destination in the Caribbean. Because of this, St Kitts and Nevis is also enjoying a property boom. The real estate market has also been given a boost through the government’s “Citizenship by Investment” program, in which economic citizenship is granted to international investors who make a real estate investment of at least US$350,000. This program grants full residency status and zero income tax on foreign income.