Where to buy property in Bulgaria 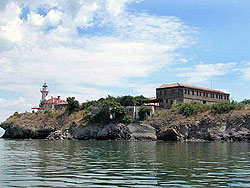 Bulgaria is one of the most rapidly changing European countries. It has one of Europe’s most diverse landscapes: the vast lowlands of the Danubian Plains in the north, the elevated plains and highlands in the south, and the beaches and miles of aquatic splendour on the Black Sea coast.

Bulgaria’s climate is as varied as its terrain, with Alpine conditions on the snow-capped Rila, Pirin, and Balkan mountain ranges, to the typically mild Mediterranean climate near Macedonia and the south.

Bulgaria is renowned for its mineral springs, and has become one of the most popular spa destinations in the world. Its dense forests are rife with rare animal species. Visitors also flock to its spectacular beaches, and to the slopes and ski resorts of its snow-capped mountains. In the cities and towns are colourful old churches with priceless iconography, traditional timber houses, and fascinating archaeological remains.

Bulgaria’s history is usually traced to 681, when the Byzantine Empire recognized the Bulgars as independent. The country was Christianized in the 9th century, adopted the Cyrillic alphabet, and by the 10th century had become a serious threat to the Byzantine Empire. The response was a Byzantine invasion, and from 1018 to 1185 Byzantium ruled over the territory, subordinating the Bulgarian Orthodox Church.

In 1185 Bulgaria regained its independence under Tsar Peter II, and the Bulgarian Orthodox Patriarchate was restored in 1235. But the advancing Turks in 1396 put an end to the Second Bulgarian Empire.

Bulgarian nationalism emerged in earnest in the early 19th century, after the French Revolution. In 1876 the Bulgarians rose in the so-called April Uprising. This was repressed by the Ottomans, whose bashi-bazouks massacred tens of thousands around Plovdiv, rousing British Prime Minister William Gladstone to fulminate against "Bulgarian horrors". The Russians declared war on the Ottomans in April 1877, and by 1878 Bulgaria was mostly liberated.

By the Treaty of Berlin (1878), the autonomous Principality of Bulgaria was created under nominal Ottoman sovereignty, but ruled by Prince Alexander of Battenberg, a nephew of Tsar Alexander II. Bulgarians in Macedonia and Eastern Thrace were left under the rule of the Sultan, and some Bulgarian territories were given to Serbia and Romania, sowing the seeds of trouble.

A series of Balkan wars followed, in which the Bulgarians suffered major territorial losses to the Serbs and to Greece. After the Russian revolution in 1917 a Bulgarian republic was briefly proclaimed.

After World War I, a democratic government took over led by the moderate socialist Agrarian Party leader Aleksandur Stamboliyski. But in 1923 a right-wing coup took place, and the country lurched from left to right till 1935, when Tsar Boris took all powers into his own hands. In 1941 Bulgaria entered the war on the side of the Axis.

In 1944 the communists took power under Georgi Dimitrov, an independent-minded Bulgarian Communist Party leader close to Yugoslavia’s Tito. After his suspicious death in 1949, there were 5 years of extreme Stalinism till in 1954 Todor Zhivkov took power. Zhivkov’s rule lasted over 35 years, but the enfeebled communist party voluntarily gave up power and held elections in 1990.

Bulgaria’s post-communist period was not easy. Initially most things remained unchanged and only really started to improve when former King Simeon II became prime minister, from 2001 to 2005. The economy grew remarkably as he pushed market reforms. Unemployment fell to 6.8% in Q3 2007, from a high of 20%.

Bulgaria’s economy has continued to grow strongly, with a 6.2% five-year annual GDP growth rate 2003-2007. The average monthly salary rose 19.6% on a yearly basis, reaching €217 in Q3 2007. The government is now led by the ex-communist Bulgarian Socialist Party, but it has continued previous policies, partly constrained by EU membership conditionalities.

Find properties for sale in Bulgaria