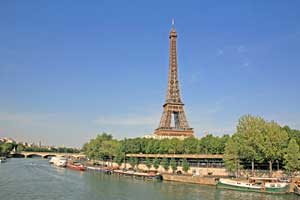 To revive France's housing market, the French government will soon offer tax breaks to property owners, the second set of market-boosting reforms in three months. The government is responding to widespread concern over the impact of housing sector’s poor performance on the French economy.

French housing starts in May dropped to their lowest level since 1998.

The government is offering massive capital gains incentives to encourage landowners to sell land for new home building. Landowners who sell before the end of next year will get a whopping 30% tax break on capital gains.

The government is also scaling back a new law, introduced only in March, which capped rents in expensive Paris neighborhoods. Objectors complained that the law discouraged investors from entering the property market. Now rent caps will now only be tried in Paris on an experimental basis.   Another new law increasing the number of documents that had to be provided by sellers, leading to a decline in home sales and longer transaction times, has been scaled back.

Earlier in June, the government decided to continue providing interest-free loans to first time home buyers with low incomes. The scheme, already in existence, was to have been stopped by year-end. Now it has been extended for at least three years. Access to interest free loans will also be widened.

A record drop in the number of households buying residential real estate has amplified the sense of crisis.  The number fell by 2.6% in the first quarter of this year, the biggest drop since the 2008 financial crisis.