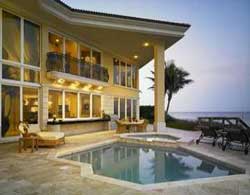 Underlying challenges still arise from the U.S. housing market believed to be scampering towards growth since the last quarter of 2012.

The bullish sentiment continues with the recent results of the S&P/Case-Shiller index of property values rising 4.3% from October 2011.

This is the highest recorded gain in the S&P/Case-Shiller index since 2010 and indicative of property values across 20 states.

Amidst the positive outlook, questions as to how the U.S. government can get out of the intricate property market without reversing the forward momentum?

Before the re-election of President Barack Obama and during the campaign period, economist Joseph Stiglitz had pointed out the lack of discussions and focus on the U.S. housing problem that triggered the economy’s downward spin in 2008.

Mr. Stiglitz told Reuters, he found it “shocking” that the two presidential candidates were hesitant in dealing with the issue to prevent offending the financial institutions, especially the banks.

The 2009 Nobel Prize for economics winner, however, noted that the re-elected President Obama has no other choice but to tackle the housing problem and put in the needed reforms after the painful bailout years.

Mr. Stiglitz and other industry economists believe that an actual plan must be conceived in the next four years as to how the U.S. government can gradually get out of the housing market without disrupting the intended growth.

1. Inventory and home prices. Mr. Kolko points out that the key question this year is whether home prices will be high enough to encourage new construction or homeowners to sell.

With home price indices hitting bottom in 2012 and pointing to higher property values, the regime of affordable housing is also about to end.

2. Home ownership versus renting. Trulia.com’s chief economist notes that the era of affordable home ownership may see a decline in 2013 especially in expensive markets like New York, San Francisco, Miami and Seattle.

Mr. Kolko explains that renting may be the viable option again this year with rising mortgage rates and the new mortgage rules become effective.

A balance to protect the homeowner and stricter lending standards will be defined because mortgages issued and found to be beyond the borrower’s ability to re-pay will have legal and financial implication on the lender.

4. Mortgage Interest Deduction Cuts. The new term of President Obama and the issue of resolving the government deficit will impact on the refinancing stimulus made available during the president’s first term.

Mr. Kolko explains that the mortgage interest deduction had cost the federal government more than $100 billion yearly, and the aim is to narrow this down and prevent a fiscal cliff.