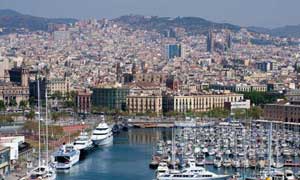 The year 2013 will see increased demand and trading for Spanish property, according to a new analysis of the Spanish property market by a Barcelona-based luxury property realtor, Lucas Fox International Properties.

Latest reports – being published this week – summarize property sales and rental statistics from government and independent sources alongside their own sales figures and other key indicators impacting on demand, such as tourist data.

“Luxury property sales in the best locations of Barcelona, Ibiza, Mallorca, and along the Costa Brava coastline were much better than expected in 2012,” said Lucas Fox Director, Alex Vaughan.

“In the second half of 2012, prices began levelling off and international buyers were quick to pick up the best-value properties: whether they were luxury lifestyle villas or bank-owned stocks that will require renovations in order to take advantage of their prime location.”

“Each of our market reports shows that a significantly different set of factors influence demand than can be seen in national averages,” said Mr Vaughan.

“In Ibiza, for example, foreign investors are reacting quickly to changing price signals, and this has pushed property prices slightly upwards in the final quarter of 2012.

“In Costa Brava, the unfavourable French tax system and forthcoming high-speed rail link are driving increased French and Northern European demand for a holiday home along the coast.”