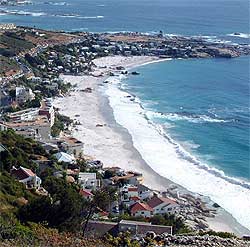 To make housing more affordable for middle class families, the South African government has exempted from transfer tax properties valued at R900,000 (approximately US$68,680) or less.

A 20% transfer duty tax was earlier levied on properties valued from R750,000 (US$ 57,268) to R900,000. This is the second time in the past two years that the threshold for transfer duty exemption has been increased. The latest relief was announced by Finance Minister Pravin Gordhan during his recent National Budget speech.

The relief will have a significant impact on poorer buyers.  Many buyers can’t purchase homes because they don’t have enough for the transaction fees or deposit to buy a property, say real estate experts, and the relief could make all the difference.

The government has meanwhile raised taxes for wealthy South Africans. Those earning taxable income above of R1.5 million per year will now pay 45% personal income tax. The top previous bracket was 41%.

Home prices in South Africa are not rising, largely because housing affordability is low due to the weak economy and the lack of jobs.

The FNB House Price Index for February 2017 rose by a mere 0.8% year-on-year, according to First National Bank.  In real terms, when adjusting for the Consumer Price Index inflation, South African house prices actually fell by 5.3% during the year.