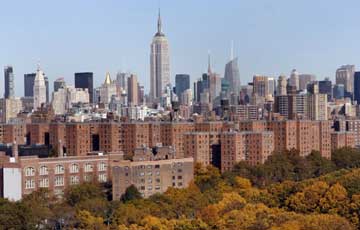 The Republican tax reform bill recently unveiled in the U.S.A proposes that the interest deduction available on mortgage debt should fall to US$500,000 — half the current ceiling.

Builders are concerned the bill will impact high-end housing markets, particularly in coastal cities. The National Association of Home Builders (NAHB) - an influential body of developers with members in all states - has announced that it will oppose the bill as it could cause a “housing recession”.

Fewer than 3% of home mortgages are above US$500,000.  But the bill will discourage new projects in high-end housing markets such as California. "Nearly 7 million homes could suffer from the mortgage-interest deduction limit, or about a third of homes in California," said Jerry Howard, NAHB's CEO.

The National Association of Realtors (NAR) has also joined the protest. In a statement, NAR President William E. Brown said, “We are currently reviewing the details of the tax proposal released, but at first glance it appears to confirm many of our biggest concerns. Eliminating or nullifying the tax incentives for homeownership puts home values and middle-class homeowners at risk, and from a cursory examination this legislation appears to do just that.”