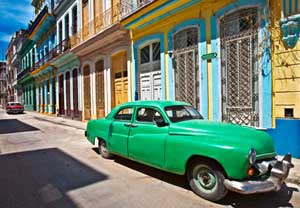 A bill passed recently by Cuban National Assembly will allow foreign investment up to 100% in residential and commercial real estate among several other sectors in Cuba. The bill, which is likely to come into effect by the end of June, aims to boost Cuba’s stagnant GDP growth.

“The Cuban economy needs more than $2 billion in foreign investment every year in order to achieve a necessary 7% growth rate,” Cuba’s chief coordinator of reforms Marino Murillo told the legislature when the bill was passed recently.

After the law is implemented, the government will have to dispose of a foreign investor’s application within 60 days by approving or denying it.

The bill will reduce the stiff government control, lower the taxes and increase flexibility, apparently with full legal protection of foreign investors.

The bill also aims to do away with negative environment surrounding the existing foreign investment laws. Red-tapism, corruption, breach of agreements in joint ventures, non-payment to investors and a weak economy are some of the reasons discouraging foreign investment.

Foreign investment is being allowed in order to achieve GDP targets set in 2011. Former Cuban Central Bank economist Pavel Vidal recently referred to the move as the last opportunity of the reform to move growth closer to these goals.

The new law replaces a 1995 decree has been passed in the National Assembly, and will come into effect 90 days after publication in the Official Gazette.