Most expensive cities: A homebuyer's perspective 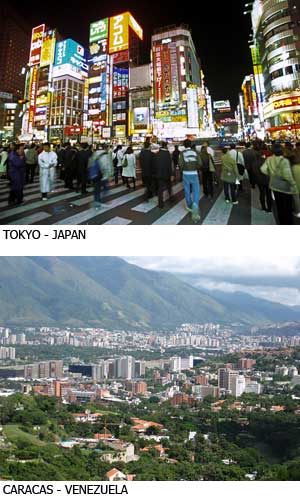 For those who love to travel or have to do it for professional purposes, the idea of settling down in one of the many places they’ve visited might occur. This might be a dream for some, but it may take deeper pockets to make it achievable when it comes to the more expensive cities for travelers, because in some of them the average home price is about $1,000 per square foot.

Recently, a list of the world’s 10 most expensive cities for travelers and employees has been released by The Economist’s Intelligence Unit (via CNN) based on the cost of essential everyday items. According to this list, Tokyo is the most expensive city in the world. So, in the case of travelers thinking about becoming the residents of one of these cities it’s a real necessity to know the proportion between home prices and average local incomes.

And this is how Point2 Homes' top 10 looks next to the one made by CNN:

10. Melbourne
Number 10 in the Point2 Homes ranking is Melbourne, where housing market grew stronger at the end of 2012, due to the rebound of both demand and home prices. With only 40 housing bargains ($200,000 and under) in the previous year, and a median home price of $246/sqft compared to a $3,979 average monthly income, Melbourne has earned its place in the list of the most expensive cities to settle down in.

9. Sydney
Sydney shares some similarities with Melbourne, as the housing market also grew stronger, but recorded its highest ever median home price ($404/sqft). The record together with its $4,517 average monthly income puts the city among the most expensive property markets in the world.

8. Oslo
The capital of Norway and the largest city in the country has been relatively protected by the recent worldwide recession, a fact also pointed by the recent reports showing its residents are doing very well financially with an average monthly income of $4,554 compared to a $684/sqft median home price.

7. Zurich
The only city sharing the same rank on both lists is Zurich. In the previous years, analysts talked about a real housing market boom, currently in the process of being stopped by the Swiss government who considered that things were running out of control.  The evolution is not a surprise if we consider the $1,089/sqft median home price as the result of a very intense mortgage lending activity and very strong monthly income figures ($6,864-the highest among the 10 cities in our list).

6. Osaka
As one of the most powerful economic centers in Japan, Osaka has a $547/sqft median home price compared to a $2,671 average monthly income. Due to the country’s financial crisis and the last two cataclysms which kept the economy down, buying a house in Osaka can be expensive but not as in the case of  Tokyo, which raking 2 places higher in the chart.

5. Geneva
Notorious for its high living expenses, Geneva has always been ranking among the most expensive cities in the world.  This is also shown by the housing prices, which make no exception, as the astounding $1,102 median price/sqft is actually the highest of the 10 cities (compared to a $5,448 average monthly income). One of the main reasons is the continuous growth of the population in a city forbidding the construction of buildings over 8 stories high.

4. Tokyo
Ranked by CNN number one among the most expensive cities for travelers, Tokyo is located deep in a notoriously active earthquake area. If this is not an actual impediment, the $882/sqft median home price (compared to the $3,205 average monthly income), might be.

3. Paris
At the beginning of the current year, David Beckham signed a five-month deal with French soccer team Paris St-Germain, but he preferred to live in a hotel rather than buying a home in the capital of France. This might actually be a very good illustration of market trends, as Paris is still one of the most expensive real estate markets in the world with a $1,005/sqft median home price to a monthly income of $3,159.

2. Singapore
Singapore is one of the surprises on the list, as the housing market grew strongly at the beginning of the year with the home sales jumping 43% in January compared to the previous month (2,013 home sales to 1,410 in December). Still, real estate brokers expect a decrease in demand for the rest of Q1 2013. Singapore has registered a $947/sqft median home price while the average monthly income is $2,426.

1. Caracas
Venezuela is a country confronted with a serious housing shortage for many years, under the conditions of a volatile exchange rate compared to the US dollar that sent home prices to incredible heights compared to the local purchasing power.

Recent reports seem more optimistic as they point out that the country’s economy grew last year due to Hugo Chavez’s Grand Housing Mission, a social housing program launched in April 2011 which managed to fuel the construction sector. 260,000 homes have been delivered by October 2012. According to official figures, one can buy less than 3 square feet of home with an average monthly salary, as the median home price is $303/sqft compared to a $800 average monthly income.

*Note: In creating this new list we considered the local average salary (after tax) in US$ (source: Numbeo.com) and median home prices per square foot (source: Global Property Guide and ubs.com).