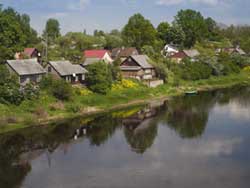 The amount of investments made by foreigners in the Latvian real estate exceeded almost 340 million euros in 2012, according to Arcoreal’s International Real Estate division.

Latvia, which used to draw buyers from neighbouring Russia since 2010, had received applications for residence permits from China, the U.S. and Israel.

Ms Bogodistaja says that foreigners may had been drawn to Latvia, not just because of the nostalgic scenery but in the simplified procedure of obtaining residence permits in Latvia is simplified for property buyers made effective since August 2011.

“Now, documents for a residence permit can be submitted in Riga – to the Office of Citizenship and Migration Affairs, immediately after the purchase of real estate,” she adds.