Globalisation, the autumn budget and the UK property market 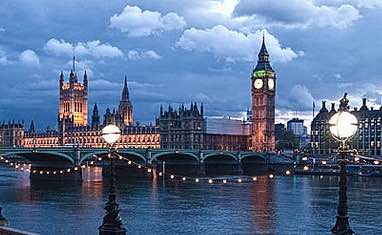 The 2017 autumn budget reflected many of the themes which have been hot topics in the UK over the past year (and indeed long before that). The plight of first-time buyers was recognised with a heavy discount on stamp duty and the extension of the help-to-buy scheme, although both of these actions raised concerns about them ultimately making matters more difficult for the people they were intended to help by stoking the market.

Likewise the chancellor took measures to combat those not paying their “fair share”, by taking steps to tighten up the rules around taxation relating to income/profits earned in the UK by companies/individuals based abroad. This second point is likely to be politically popular and, in and of itself, is hardly unreasonable. The problem, as always, is to create measures which are reasonable, proportionately fair and transparent and yet still effective in a global world where there are all kinds of reasons why companies and even individuals might legitimately have complex financial arrangements.

The basic idea behind taxation is that it pays for public services from which residents benefit. Hence, there is a strong argument for making special tax arrangements for people who are not residents in the UK and therefore are not making use of the UK’s public services. At the same time, however, the development of both the EU and the internet have led to an increasing number of high-profile and politically-sensitive cases of companies using legal accounting strategies to move profits made in the UK to jurisdictions with lower taxation.

Both the EU and the UK have been taking steps to clamp down on this, for example by mandating that VAT on digital products be charged at the rate of the country of purchase, rather than at the rate of the country of sale. Now the UK government is looking at proposals to levy Capital Gains Tax on non-UK residents. While nothing has been finalised, the reality is that both political and fiscal realities point to a move in this direction.

While the direction of travel is pretty clear, the nature of the journey will depend a lot on details which are yet to be fully discussed let alone confirmed. Current indications are that the government is looking to take April 6th 2019 as “day zero” and will base any future CGT charge on the difference between the value of a property on this day and its value at the time of sale. In principle, therefore, investors have over a year of breathing space to look at their existing portfolio and see where they would stand in the light of the new tax rules.

During the consultation period, industry representatives will be working hard to remind the government that tax revenues are, at least partly, the result of inward investment in the UK and hence being too heavy handed with tax demands could actually wind up costing the UK money rather than generating revenue for the exchequer. It is possible that some investments, such as pension funds, will be exempted completely from the change while other investors may find it useful to move into tax-efficient vehicles such as Real Estate Investment Trusts.