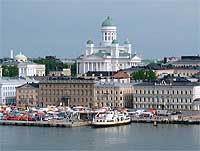 Housing starts are quite strong, and house prices are expected to creep up.

Analysis: transaction volumes are heating up.

Finland has suffered several years of very low growth. At the heart of Finland's problems has been the inability of Nokia to compete.  Between 1998 and 2007, Nokia was responsible for 20% of all of Finland´s exports; but by mid-2012 Nokia was almost bankrupt, and its contribution to Finnish GDP was actually negative. Over 40,000 highly-skilled Finnish ICT workers are unemployed. However unemployment fell to 7.9% in December 2016, from last year´s 9.2%.

Aside from Nokia´s weakened activity in the recent years, exports were plagued by the economic recession in Russia ― Finland´s major trading partner.