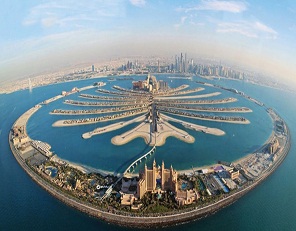 Dubai-based prominent real estate developer Damac Properties has inked a deal with a Chinese property broker to promote its 37,000 properties in Dubai to Chinese investors.

The deal underlines how Chinese investor interest in Dubai real estate is growing.

In fact, there have been many signs of this phenomenon.  Dubai has seen a surge in the number of Chinese visitors in the recent past, many of them exploring real estate investment opportunities, experts believe.

In 2014, a total of 344,329 Chinese visited Dubai, an increase of 25% over 2013, according to data released by the Dubai Corporation for Tourism and Commerce Marketing (DTCM). Dubai is home to about 200,000 Chinese expatriates.

Wealthy Chinese visitors nominated Dubai as their third most preferred luxury travel destination in the world follow Australia and France in 2014, according to a luxury travel report.

Bilateral trade is also flourishing between the two countries. China has become Dubai’s biggest Asian trading partner, overtaking India. The Dubai government is also trying to increase acceptance of China's currency - the renminbi - within the emirate.

Damac is targeting Chinese for both its hotels and real estate projects, said Ziad El Chaar, Damac’s managing director. The company is focusing on buyers from Beijing, Shanghai and Guangzhou, as well as the northern city of Urumqi, home to China’s largest Muslim population.

“[The Chinese Muslims] on their way to Makkah, pass through Dubai, so they’re a growing, important part of the tourism in Dubai,” El Chaar said.

He added that the tourism industry required far more flights between the UAE and China in order to grow it further.

“One of the main things that has to happen so we can get more Chinese tourists to Dubai is we need more flights from China because the demand for hospitality is always related to the number of seats you have on planes coming from that country,” he said.