Drones: the latest buzz in the real estate world 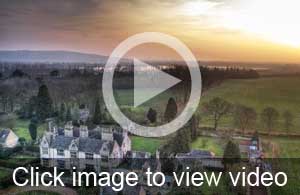 The Argentine government is using these miniature aircraft, not to kill terrorists, but to catch wealthy tax evaders who don’t declare their mansions and swimming pools on their tax returns.

Small drones – fitted with cameras - recently flew over an exclusive residential neighbourhood of Buenos Aires, the capital city of Argentina, and took pictures of luxury houses declared on tax returns by their owners as empty lots. As many as 200 homes and 100 swimming pools which just don’t exist on paper were discovered.

By using drones, the Argentine government caught tax evasion to the tune of $2 million and is all set to summons evaders in court, warning of large fines.

For marketing luxury homes, drones are also the latest buzz. Real estate agents in the UK are using miniature planes to film not only listed properties and their neighbourhoods, but to put together an alluring marketing package for buyers. Properties spread over large parcels of land are especially suitable. These planes film the property as well as its surroundings, highlighting their most appealing features, and the footages captured by them are used to prepare a virtual tour - from the air - for prospective buyers.

Drones are remote-controlled and they can be flown only after securing due permission from the Civil Aviation Authority. Only licensed pilots can operate them from the ground.

For now, drones are surely not for all types of properties. Real estate companies say that these planes are suitable for large estates and also for hard-to-reach properties.