Taxes on Residents' Income from Property in United States 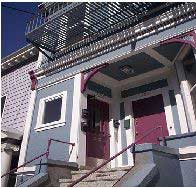 Residents are taxed on their worldwide income. Foreigners become residents if they hold a U.S. green card and have entered the United States or if they meet a substantial presence test. Married individuals have the option of filing separately or jointly.

Income is taxed at the federal, state and municipal levels, with the exception of some states and municipalities that do not levy taxes on income. The tax rates used depend on which status the taxpayer files under. There are four filing categories for taxpayers, namely; (1) single, (2) head of household, (3) married filing jointly, and (4) married filing separately.

The following are the deductions that may be taken from gross income to arrive at AGI:

Itemized deductions may include the following:

Income is also taxed at the state level. States tax income derived in their jurisdiction. The rates vary from state to state, but the income brackets, however, are usually the same as, or modified from the federal income tax brackets.

Income from sale of real property is always considered as "effectively connected income." For properties disposed of on or after May 6, 2003 until December 31, 2010 the tax rate on net gains will be 15%. The tax rate would be reduced to a minimum of 5% for individuals belonging to the 10% and 15% tax brackets. The latter will further be reduced to 0% for capital assets disposed of after December 31, 2007. However, the rates will revert to the old 20% and 10% on January 1, 2011 during which the reduced rates for capital gains expire unless Congress extends the law makes it permanent (which it most probably will).

For homes that have been owned and occupied as the taxpayer´s primary residence for at least 2 years during the 5 year period before the sale, an exemption of US$250,000 (US$500,000 for married taxpayers filing jointly) applies.

Most states tax capital gains as part of income, so the applicable rates are the state income tax rates.

Corporate income is taxed at the federal, state and sometimes at the municipal levels. Income is taxed during the year it is earned, and again when it is distributed to the shareholders.

Corporate income is taxed at the federal level at progressive rates. Certain deductions are allowed, such as necessary business expenses, depreciation, interest payments, real estate taxes, losses not compensated for by insurance and taxes paid at the state and municipal levels.


State Corporate Income Tax
State governments also levy their own taxes on corporate income. Capital gains are combined with ordinary income, and taxed at the same rates as income. The rates vary from state to state, as well as the rules for computing the tax base. Generally, though, only the amount of income allocated to a particular state is taxable in that state.

An Example: New York State
In the State of New York, corporations compute for taxes on four different bases, and pay tax on the base with the highest liability. The four bases are:

Real estate property is not taxed at the federal level. Real estate taxes are levied by the local municipalities and counties of the U.S. states. The rates vary from jurisdiction to jurisdiction, as well as the methods of assessing the value of the property.

The city of New York levies taxes on real estate property within its jurisdiction. The tax is levied on the assessed value of the property. The assessment begins with the classification of property into one of the four classes.

U.S. house prices continue to rise, albeit at a slower pace