US laws and practices are PRO-TENANT.

Rent: Can landlord and tenant freely agree rents in the US? 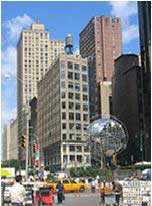 Most states require that the deposit must be placed in a bank account, separate from the landlord´s account. There are differences between states as to whether the deposit must be returned with interest. If required to pay interest, bank interest rates or the Federal Funds rate are typically used. In some states, landlords are given an option on whether they want to put the money in special interest or non-interest bearing accounts. Most landlords elect the non-interest bearing option if given the choice.

There are also differences on the amount of time required for the landlord to return the security deposit. The states of Alabama, Tennessee, West Virginia, Wisconsin, and Wyoming have no statutory deadline for the return of security deposit. For most states, the deadline is one month. The earliest deadline is 14 days for Arizona, Hawaii, South Dakota, Vermont and Washington. The most lenient is 45 days for Mississippi. Kentucky gives 30 to 60 days depending on whether the tenant disputes the deductions or does not. New York is ambiguous with its legislated "reasonable time" deadline, in practice it is about one month.

What rights do landlords and tenants have in the US, especially as to duration of contract, and eviction?

There are two main tenancy agreements, a lease and a rental agreement. Unless otherwise stated in the contract, the tenant must leave the rental unit after the expiration of the contract or after the specified notice is given. No justification is needed for refusing to renew the contract. 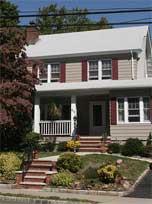 Rental agreements provide for a tenancy of a short period (often 30 days) that is renewed automatically at the end of the period unless the tenant or landlord (sometimes the law states who should give the notice) ends it by giving written notice and the tenant must comply. The written notice is usually one rental period or one month for month-to-month rentals. The landlord can also change the terms of the agreement like the amount of rent (unless local rent control ordinances prohibit it) with proper written notice (typically one month also).

A written lease, on the other hand, gives a tenant the right to occupy a rental unit for a fixed term -- typically 6 months or 1 year but can be longer -- if the tenant pays the rent and complies with other lease provisions. The landlord cannot adjust the rent or change other terms of the tenancy during the lease, unless the tenant agrees. Unlike a rental agreement, when a lease expires it does not usually automatically renew itself and the tenant must leave. The contract usually provides a provision for a renewal and the amount of notice required.

A tenant who stays on with the landlord´s consent after a lease ends becomes a month-to-month tenant, subject to the rental terms that were in the lease.

The eviction procedure differs in each state, in terms of how termination notices and eviction papers must be written and served, but the basic principles are similar. A landlord may bring a summary non-payment court proceeding to evict a tenant after giving one of these three notices:

The process of eviction should be handled with caution in the US. Only a sheriff, marshal or constable can actually carry out a court-ordered warrant to evict a tenant. An evicted tenant can even file a case for intentional infliction of emotional distress against the landlord. In some states, the tenant can collect damages and still remain in the premises. When a tenant is evicted, the landlord may not retain the tenant´s personal belongings or furniture.

How effective is the American legal system?

Despite the country´s free-market orientation, US laws on landlord and tenant tend generally to be oriented towards the tenant. The general position is that landlords have more responsibilities, and tenants have more rights. In the absence of specific provisions in these laws, the courts usually lean in favor of tenants.

Examples of laws which may disadvantage the unwary landlord include the strong anti-discrimination provisions of the Fair Housing Act as Amended (Title 8) and other state laws. So onerous are these laws, that landlords are advised to ask prospective tenants to submit written applications complete with histories and references. To avoid lawsuits, it is best if a landlord writes a report giving specific reasons why one prospective tenant has been chosen over the others, such as credit standing and job stability. The US Department of Housing and Urban Development is the main implementer of the Fair Housing Act.

Under the Residential Lead-Based Paint Hazard Reduction Act of 1992, the landlord must disclose any known lead-based paint or hazards in the property. If the landlord failed to inform his tenants and the tenants were diagnosed with lead-induced injuries, the landlord can face a fine of $10,000 plus three times of what the tenant suffered in damages. If the unit was constructed after January 1, 1978, most-likely it is lead free.

Most landlord and tenant disputes are arbitrated in housing tribunals, mediation boards and such. If mediation fails and money is involved, such as return of security deposit, cases can be forwarded to a small claims court. For most states the amount covered by small claims courts range from $3,000 to $7,500.

Eviction proceedings are handled by local courts. Eviction procedures are relatively very fast, it is expected to be resolved within a few weeks. However, if the tenant decides to mount a legal defense, it may add weeks or months to the process.

All states have landlord-tenant statutes, and sometimes not all provisions pertaining to tenants are contained in a single law. A Uniform Residential Landlord and Tenant Act was drafted by the National Conference of Commissioners on Uniform State Laws to be enacted in all states. It was adopted in part or in whole by the following states:


Most states and local governments also followed the Model Residential Landlord-Tenant Code for the anti-discrimination provisions of their law. City and county councils also pass their own regulations. There are instances that the state does not impose security deposit limits but the city has stricter rules. The general rule is that local councils cannot go against state and federal legislation but they can impose stricter rules if the general law is silent.

Rent control is slowly being phased out in the country. In recent years, several cities such as Boston and Cambridge,Massachusetts have ended rent control. In most communities with rent control, such as New York City, rent controlled properties comprise a very small part of the entire rental market. Provisions for hardship rent increase petitions also minimize the effect of rent control or rent stabilization.

Brokers typically charge the tenant 15% of the first year´s rent in commission. All states allow landlords to collect security deposit. Half of the states limit the amount of the security deposit, usually not more than a month or two worth of the rent. For New York, the amount is one month´s rent. The rules for the return of the deposit also differ between states; usually it is 14 to 30 days after the tenant moves out. Rent is usually paid monthly, in advance. Often rent is due on the first day of the month, but it could be collected on another date depending on the contract. Receipts must always be issued.

Instead of having to go through such complicated matters, its better if you look for suitable tenants before hand. This way you won't even need to go through such disaster! Mainly if the tenants and landlords have a good reltionship with one another in the beginning, things sort out in the long run. Thats why I'd suggest you to use the web and mobile app rentigo, which has helped me improve as a landlord myself and legal service has never been required from either sides.
-Ryan

U.S. house prices continue to rise, albeit at a slower pace