Qatar's housing market is now showing signs of improvement.  The key fact is that the government is effectively mitigating the economic and financial fallout of the ongoing blockade.

The nationwide real estate price index rose by 1.56% (1.99% inflation-adjusted) during the year to Q2 2019, in sharp contrast to a y-o-y decline of 16.6% in Q2 2018, according to the Qatar Central Bank (QCB).  However quarter-on-quarter, prices were down 5.08% (-5.66% inflation-adjusted) during the latest quarter.  And sales remain weak. In Q2 2019, residential transaction volumes fell by 14% from a year earlier, according to leading consulting firm ValuStrat.

At The Pearl-Qatar, a QAR36.4 billion (US$10 billion) Riviera-style development located on the coast of Doha, two-bedroom second-hand freehold apartments in Porto Arabia are currently offered for less than QAR13,000 (US$3,570) per square metre (sq. m.), while newly built studio and one-bedroom apartments in Viva Bahriya are priced above QAR16,000 (US$4,394) per sq. m., according to DTZ Qatar.

Qatari real estate had previously boomed for three glorious years, fuelled by rapid population growth and a construction boom in preparation for the 2022 FIFA World Cup:

Qatar's housing market is expected to improve during the remainder of the year, amidst the introduction of a new foreign property ownership law that is expected to boost foreign demand. In March 2019 Law No. 16 of 2018 became effective, increasing the number of freehold zones in Qatar from 3, to 10.

“The recent reform to change freehold ownership law will contribute to a positive transformation of the real estate sector which will now embrace its cultural diversity through new initiatives designed to encourage investments and positively change business perspectives to ultimately result in overall economic growth,” said Pawel Banach of ValuStrat.

Foreigners who buy in any of these areas are automatically granted permanent residency, which extends to the owner's family, for the whole duration of the ownership. Those qualified include:

However, citizenship will still be off-limits to foreigners.

Permanent residents of Qatar will be treated like Qatari nationals and enjoy benefits such as access to healthcare and education systems, priority (after locals) for military and civilian public jobs, and will have permission to operate commercial activities without a local partner, and permission to own a property. Three-fourths of Qatar's population are foreigners, according to the Qatar Statistics Authority (QSA). About 82% of the population lives in Doha and Al Rayyan.

Qatar National Bank (QNB), the country's leading financial institution, offers home and land financing at rates as low as 3.5%. The maximum loan offered to expatriates is QAR3 million (US$824,200) with a term of not more than 15 years. One can borrow up to 70% of the value of the property.

Yields in Qatar are excellent at around 12%

Qatar rentals have tripled in the past six years. Yields are now excellent. “A landlord who has just bought a new five bedroom house for QAR1.8 million (US$494,105), a good quality house, is renting it out at QAR18,000 (US$4,941) per month,” says Parry. This rental translates into a annual gross yield of 12%.

“There is a very limited supply of condominiums at the moment, only 2-3 buildings,” says Parry. “All that will change when the Peal of the Gulf comes on stream in the Q1 of 2008.”

Income tax ranges from moderate to high in Qatar 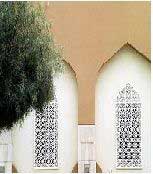 Rental Income: Rental income is considered a business income and taxed at a flat rate of 10%.

Capital Gains: Capital gains derived from business activities are taxed at a flat rate of 10%. Otherwise, capital gains are not taxable.

Inheritance: There is no inheritance tax in Qatar.

Transfer fee is levied at 0.25% of the property value. Other costs when buying property are very minimal, such as authentication fees of documents. It takes around 13 days to complete the process of registering a property.

The laws are mildly pro-tenant

b>Rent: Under Law No. 4 of 2006 in effect from February 2006 to February 2008, annual rent increase is limited to 10%. The implementation of the rent cap is widely expected to be extended.

Tenant Security: There are in theory only three reasons the landlord can give to force his tenant to leave: non-payment of rent, moving in of close family, and to demolish the property. However, there are reports that this law is often not observed, and that landlords are using fictitious demolition plans to squeeze their tenants out.

The economic blockade to Qatar in early June 2017 made by several countries including Saudi Arabia, United Arab Emirates, Bahrain, and Egypt, has severely hit Qatar’s economy. The country’s economic growth in 2017 was the lowest since 1994. The participating Arab nations cited Qatar’s support for Islamist groups, violating a 2014 agreement with the members of the Gulf Cooperation Council (GCC), as one of the main reasons for the blockade. Qatar was also criticized by its neighbours for its amicable relations with Iran.

The four Arab nations issued a list of 13 demands on June 22, 2017, which includes curbing diplomatic ties with Iran and shutting down Al-Jazeera. Qatar refused to comply, stating that it will not agree to measures that threaten its sovereignty.

In a surprise move in December 2018, Qatar ended its nearly 60-year membership of the Organisation of the Petroleum Exporting Countries (OPEC) – the oil cartel dominated by Saudi Arabia.

The economy is expected to improve in coming years, with projected GDP growth of 2.6% this year and 3.2% in 2020, partly driven by the country’s success in attracting foreign direct investments despite the blockade.

Though spending is also set to rise, as Qatar prepares to host the 2022 Football World Cup. Expenditures are expected to increase almost 2% in 2019 to QAR206.7 billion (US$56.77 billion).

In June 2019, inflation stood at -0.41% - the ninth consecutive month of falling consumer prices, according to the MDPS.

In 2018, unemployment was 0.1%, unchanged from a year ago and the lowest level in the Middle East, according to the MDPS. Qatar’s highest-ever unemployment rate was 3.9%, seen in December 2011.