Hungarians and foreign individuals who inherit Hungarian property are liable to pay duty on their inheritance. Inheritance duty is generally levied at a flat rate of 18%.

The inheritance of close relatives and the surviving spouse is exempt from inheritance duty.

Thanks to Bárd, Cseri & Partners

What inheritance laws apply in Hungary? 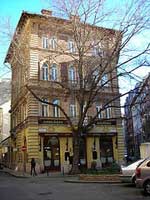 The inheritance of real estate in Hungary is governed by Hungarian law.

For other types of property, the general rule is that inheritance issues are governed by the personal law of the state or country where the deceased was a citizen. A change of citizenship does not affect this rule. If the deceased had a dual citizenship, and one of them was Hungarian, then Hungarian law is regarded as his/her personal law.

It is possible to file legal challenges against the decision of the Notary Public. The simplest form is an appeal dealt with by the County Court. The decision of this Court usually closes the procedure, because no legal challenges exist against it; however, it is possible to apply for a new procedure within 1 year after the Court decision if an a heir discloses a previously unknown fact that would have impacted on the outcome of the original procedure.

The two principles of the Hungarian inheritance system are: 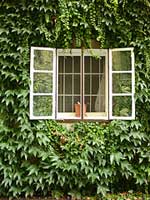 Persons entitled to a forced share of inheritance are the descendents of the deceased, and his/her spouse and parents (if not disinherited) given that they are legal heirs of the testator (or would be in the absence of a testamentary disposition at the time of descent and distribution).

An explicit declaration by the testator is necessary to disinherit a legal heir. Such a declaration must also explicitly specify the reason for the disinheritance. Reasons that exclude a person from being a legal heir of the deceased are defined by law. According to the Civil Code, disinheritance can take place if a person who is entitled to a forced share of inheritance:

Persons succeeding a person who dies intestate are called "legal heirs"; they are, in hierarchical order:


The hierarchy of the legal heirs is very strict: a person who is "lower" in the order can only be regarded as a legal heir if all persons standing higher in the hierarchy disqualify. At each level, the estate is divided equally between those entitled.

Rules of intestacy are regarded as subsidiary: they are applied only if the testator has made no will or if the will does not include provisions for the disposal of the whole estate.

The criteria necessary to qualify for linear inheritance are:

Regulations relating to real property situated in Hungary significantly diminish the possibility of foreigners avoiding Hungarian inheritance law. The law decree on international private law states that in matters relating to property rights, the law applied is the law applicable in the location of the property in question. This means that Hungarian law excludes the application of foreign rules related to any real property situated in Hungary. For example, the peculiar rules of Hungarian inheritance law (e. g. linear inheritance and forced shares) cannot be avoided by transferring the ownership rights of Hungarian real properties to offshore companies.

Many regulations relate the making of wills.

The minimal requirements for a last will and testament are proof that:


A declaration lacking one of these two characteristics is not regarded as a will and is treated by law as a "non-existing testament". The Notary Public who is in charge of the procedure is obliged to verify ex officio the existence of the minimal requirements.

The basic form of will in Hungarian law is the written testament. Oral testaments are only regarded as valid if they were made under life-endangering conditions and the lack of an ability to write.

Written testaments can be divided into:


A public will must be drafted with the cooperation of a Notary Public before a Court.

A private will can only be written in a language that the testator can understand, read and write, not exclusively in Hungarian. Non-standard forms of writing (e.g. shorthand, cryptography, Cyrillic or Arabic characters) are not valid, even if the person using them is capable of writing and reading such characters.

The document must be identified as a testament, specify the date of creation and the place where it was made, and include the signature of the testator. If composed of more than one page, every page has to be numbered and signed by the testator and witnesses.

A holographic will is hand-written and signed by the testator.

An allograph will is valid if signed by the testator in the presence of two witnesses or, if previously signed, the signature is declared to be his/her own before two witnesses. The witnesses' knowledge of the contents of the will and their awareness that the testator has drafted a will are not conditions of the validity of the will. A will is regarded as invalid if a witness is cannot verify the testator's identity, or if the testator is a minor or legally incompetent or illiterate.

Private wills do not have to be written by the hand of the testator; however, the testator must sign the will and deposit it personally with a Notary Public, either as an open document or a sealed document, specifically marked as a will.

Persons lacking legal competency (i.e. minors less than 14 years of age and adults lacking discretionary capacity) are not entitled to make private wills. The only acceptable form of will in their case is a public will made with the help of a Notary Public or before a Court.

A foreign will is adjudged on the basis of the personal law of the testator at the time of his death. A will is formally valid if it complies with:

A much disputed regulation relates to the status of the deceased spouse.

Contrary to many other European legal systems, a Hungarian spouse does not inherit property from the deceased if the descendants are still alive. The spouse only inherits property as a legal heir in the absence of descendants. The existence of only one child of the deceased, regardless of whether from the present or a previous marriage, or a born out of wedlock, leaves the spouse with "empty hands".

The Civil Code solves this problem by declaring that the spouse inherits beneficial interest in all property not otherwise inherited by the spouse (the so-called "right of survivorship"). This legal right is created automatically for the benefit of the deceased's spouse, and provides an unlimited right to use the property.

This may create difficult legal situations (e.g. the children of the deceased inherit property which is of no value to them because of restrictions arising from the beneficial interest of the spouse). In order to solve this problem, the Civil Code declares that the Right of Survivorship can be limited at any time; however this limited right must also consider the needs of the spouse.

An alternative to limitation is that spouses and descendant are entitled to request redemption of the Right of Survivorship. Redemption of the right of tenancy or the furnishings and household accessories of the dwelling in which the spouse lives cannot be requested. A spouse is entitled to a share of the redeemed property, either in cash or in kind, which he/she, as a legal heir, would, like the child of the decedent, inherit together with the descendants. With respect to lineal inheritance, the spouse is entitled to one-third of the lineal property.

An owner may freely give property to anyone during his/her lifetime.

There are no restrictions. However gifts may be taken into account to determine linear inheritance and forced share as described above. The amount of duty on gifts may be considerable. The exact duty depends on the value and type of the gift (in case of residential property the duty is lower), and the status of the person who received the gift.

Title Deeds are needed to determine ownership of real property.

The applicable law to determine rights of ownership is the law of the state or territory where the property is located. Hungarian law looks primarily at what is on the Title Deeds to determine ownership of property.

Marriage in Hungarian law creates common ownership. A spouse may be considered as an owner of real property even if he/she is not registered in the Land Registry, provided the property has been acquired during the marriage.

The Hungarian Constitution and the Hungarian Civil Code state that all persons have legal capacity (the ability to have rights and obligations) from the day of conception. Even an embryo has the ability to inherit property if the child is born alive. Minors have no legal competency (if less than 18 years of age) or limited legal competency (if 14 years of age or more) and need the legal assistance of a guardian (e. g. one of the parents or another relative) in all legal issues of importance, including succession.