Finland: house prices up in Helsinki, but rest of the country slows

Residential construction activity is mixed. During the first ten months of 2018, the number of dwelling permits issued for residential buildings fell by 17% from the same period last year, according to Statistics Finland. In contrast, dwelling starts rose by 5.9% and completions were up by 21.4% over the same period.

Finland is expected to continue to see a two-tier housing market this year, with Helsinki and other major cities projected to have healthy house price rises, according to local real estate experts.

The Finnish economy expanded by about 2.7% in 2018, according to the Bank of Finland – the second fastest growth since 2010. The economy is expected to expand by a modest 1.9% this year and by another 1.7% in 2020, according to the central bank.

In 2000 the government removed the requirement that a nonresident must obtain a permit to buy a secondary residential property in Finland, putting foreigners on exactly the same footing as Finns. However, foreigners need permission to buy property in the Province of Aland (Ahvenanmaa), an archipelago.

Apartment yields in Helsinki range from low to moderate

Rental Income: Rental income is considered as income from capital and is taxed at progressive rates, from 30% to 34%. Income-generating expenses are deductible from the gross rental income.

Capital Gains: Capital gains are considered as income from capital and are taxed at progressive rates, from 30% to 34%.

Inheritance: Inheritance tax is imposed at progressive rates of 8%, 11% and 14% on the inheritance of the spouse, lineal descendants, and lineal ascendants.

Buying costs are low in Finland

Roundtrip transaction costs are around 7.77% to 10.25% of the property’s price. Real property transfer tax of 4%, usually paid by the buyer, is sometimes included in the selling price especially if the transaction involves an agent. It takes about 32 days to complete the three procedures needed to register a property.

Finland law and practice is neutral between landlord and tenants.

Rent: Tenancies are generally unregulated. Landlord and tenant may freely negotiate rents, but the courts may reduce the existing rent if it significantly exceeds the current average market rate charged on comparable apartments in the area.

Tenant Security: The landlord must give a termination notice of at least six months if the tenancy has continuously existed for more than a year, and a three-month notice is mandatory for leases existing for less than a year.

The Finnish economy expanded by about 2.7% in 2018, amidst improving exports, strong private consumption and growing employment, according to the Bank of Finland. It was the second fastest growth since 2010.

The economy is expected to expand by a modest 1.9% this year and by another 1.7% in 2020, based on the central bank forecast.

The eurozone debt crisis dragged Finland’s economy back into recession in 2012, three years after an 8.3% contraction during the 2009 global financial crisis. The economy shrunk by 1.4% in 2012, and the contractions continued in 2013 and 2014, with the economy shrinking by 0.8% and 0.6%, respectively.

In 2015, the economy, although freed from recession, barely grew. During the same year, Finland was named the weakest economy in the euro zone, which prompted the country’s finance minister to label it "the new sick man of Europe".

At the heart of this has been the rise of the Smartphone and the inability of Nokia to compete. Between 1998 and 2007, Nokia was responsible for 20% of all of Finland’s exports, and in 2000 Nokia alone accounted for 4% of the country’s entire GDP. But by 2008-9 the writing was on the wall, and the February 2011 partnership with Windows failed to save the company; by mid-2012 Nokia was almost bankrupt, and its contribution to Finnish GDP was actually negative. In April 2014 Nokia sold its mobile phone business to Microsoft. Nokia’s decline (though it is still the second largest mobile company in the world by sales volumes, but its business is low-end and profitability is low) left over 40,000 highly-skilled Finnish ICT workers unemployed. 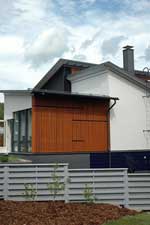 The country’s exports were also plagued by the economic recession in Russia, as well as by Finland’s inflexible labor market and high labour costs. In June 2016, a Competitiveness Pact was signed to reduce labour costs. The agreement includes the following conditions, which mostly became effective in 2017:

The government pledged income tax concessions for participating employers worth approximately around €315 million (US$359 million) to €515 million (US$587 million).

As a result, exports grew faster than imports. The value of goods exports grew by 9% in November 2018 from a year earlier to €5.77 billion (US$6.58 billion) while imports increased by 5%.

Finland’s unemployment rate fell to 6.2% in November 2018, from 7.1% a year earlier, according to Statistics Finland.

Inflation stood at 1.2% in December 2018, slightly down from 1.3% in the previous month but up from 0.5% a year earlier, according to Statistics Finland. Inflation is expected to accelerate to 1.6% this year and to 1.8% in 2020, based on estimates from the European Commission.