From 2000 to 2008, Bulgaria had a house price boom, with residential property prices surging around 300%. The bubble burst at the end of 2008. The housing market started to recover in 2014 and house prices have been rising since.

Demand for properties in the major cities continues to grow, and supply is increasingly limited by low levels of new construction.

“The shortage in the supply of completed projects continued during the [first half of 2019]. As a result, 60% of the residential units under construction were pre-sold,” said Colliers International.

European Union citizens can purchase properties in Bulgaria, including land. Before January 2012 foreigners could purchase land only in the name of a legal entity and were not allowed to own a property.

Sofia has moderate gross rental yields - i.e., the rental return on a property if fully rented out, before all expenses. Yields in the centre vary from around 4% to around 6.0 %.

Doctor´s Garden, Ivan Vazov, Iztok and Lozenets are among the most sought after addresses in the centre. Embassies, museums and universities are located here. These areas also have many parks and green spaces, making them popular with expats.

In the southern part of Sofia in Vitosha Mountain (or in the vicinity) are prestigious suburban neighborhoods like Boyana and Dragalevtsi.

For those who are really chasing yields, Studenski Grad apartments may be worth considering, with gross rental yields of 7% for the smaller sizes.

We aren´t able to provide yields in Bulgaria´s beach and ski areas, because rents in these areas are highly seasonal.

Rental Income: Gross rent earned by nonresidents is taxed at a flat rate of 10%, withheld at source. Deductions are not allowed for nonresidents.

Capital Gains: The sale of real estate by nonresidents in Bulgaria is subject to 10% withholding tax on the net gains received.

Inheritance Inheritance of direct descendants is not taxed. For all other beneficiaries, the inheritance tax rates vary, depending on the relationship between the donor and the heir.

Residents: Residents' worldwide income is taxed at a flat rate of 10%.

Rent: There are no rent controls, so rents and terms and conditions can be freely negotiated between the parties. Any method of rent increase can be agreed upon, including indexation, and periodic progressive increases.

Tenant Eviction: Bulgaria’s weakness is the inefficiency of the court system, which can, in practice, make it difficult to evict a tenant. Usually it is the landlord who initiates litigation. But the length of proceedings often dissuades them. It takes an average of 660 days to evict a tenant. 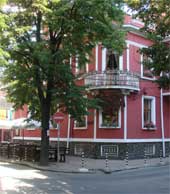 Bulgaria is one of Europe’s poorest countries, with a GDP of almost US$9,300 per capita in 2018, based on data from the International Monetary Fund (IMF). The country is also one of Europe’s most corrupt. Bulgaria’s transition from communism was not easy. Things only really started to improve when Bulgaria’s last Tsar Simeon II became the democratically elected prime minister from 2001 to 2005. His government pushed market reforms intended to ease accession to the EU.

Bulgaria enjoyed an economic boom from 2000 to 2008, with the economy expanding by an average of 5.6% per year. But in the June 2005 elections, the Bulgarian Socialist Party (BSP), successor to the Bulgarian Communist Party, led by Sergei Stanishev won most seats in parliament. After weeks of wrangling the main parties signed a coalition deal under which he became prime minister, but largely bound him to continue previous policies (partly constrained by EU membership conditions).

Bulgaria joined the European Union in January 2007. In the coalition's second term Bulgaria lost millions of euros of EU financial aid due to allegations of widespread political corruption. In the July 2009 elections, the center-right party, Citizens for European Development of Bulgaria (GERB) led by BoykoBorisov, soundly defeated the BSP.

In October 2011 presidential elections, Rosen Plevneliev of the GERB emerged victorious. Then in May 29, 2013, Prime Minister PlamenOresharki of the BSP came to power after anti-austerity protests forced out former Premier BoykoBorissov’s GERB party and triggered a snap vote.

Oresharki faces strong opposition, the key issue being the appointment of controversial media mogul DelyanPeevski as head of the state security agency DANS. Then in July 2014, Oresharki stepped down from office, paving the way for a snap election in October 2014. BoykoBorissov returned to premiership as his GERB party forms coalition with fellow centre-right Reformist Bloc. Then in May 2017, Borissov became PM for the third time, following the victory of his GERB party in the April snap parliamentary election.

Where to buy property in Bulgaria

Bulgaria: joining the EU is just the beginning

A place in the sun?

The nightmare of online shopping in Bulgaria