On Lagos Mainland, average house prices rose by a modest 2.33% during 2016, a sharp slowdown from y-o-y growth of 20% the previous year, according to Residential Auctions Company (RAC). However due to high inflation, this translates, in real terms, into house prices dropping 11.3% y-o-y in 2016.

Lagos remains the most expensive city in Africa in 2016, according to real estate firm Savills, despite falling house prices and rents.

Demand is falling sharply in most Nigerian cities. “It now takes a longer time to conclude transactions, while in some cases, there are renegotiations on rents,” said EmekaEleh, the former president of Nigerian Institution of Estate Surveyors and Valuers (NIESV). While the impact of the economic recession varies from one place to another, high-end properties, such as in Ikoyi, are the worst hit, Eleh added.

Land transactions in Lagos also dropped 30% in 2016 from a year earlier, despite cuts in various land transaction-related rates. In 2015, consent fees were reduced from 6% to 1.5% while the capital gains tax rate was cut from 2% to 0.5%, in an effort to spur property demand.

In 2017, house prices are expected to continue falling in most cities, but should then improve, beginning with Lagos.

“The likelihood that house prices will continue to fall in most [cities] this year is very high,” said RotimiAkinlose, the managing director of RAC.“However, Lagos being the economic and financial base of the country will start to see house prices rise again across the board.” Akinlose added.

Nigerians are turning to rented accommodation

The Lagos Island market has experienced continuous rises in average asking prices over the last three years, with surging demand for luxury houses, particularly from investors and high-income individuals. The Lagos mainland, on the other hand, exhibited marginally decreasing prices in 2013.

Asking rents have been rising. After a lackluster year in 2011 asking rents in both the Lagos markets bounced back in 2012 with double-digit growths.

Rental Income: For nonresidents, gross rental income earned from leasing out real property is taxed at a final withholding rate of 10%.

Capital Gains: Capital Gains tax is levied at a rate of 10% on the gains realized from the disposal of real property. Property acquisition costs and incidental costs in transferring property ownership (i.e. stamp duty, professional costs, and advertising) are deductible.

Inheritance: There are no inheritance taxes in Nigeria.

Residents: Residents are taxed on their worldwide income at progressive rates, from 7% to 24%.

The total roundtrip transaction cost is around 27.60% to 31.275%. This includes several permits, fees and charges.

The biggest cost is the 8% consent fee paid to the state government. This seems to be a screening mechanism for collecting bribes. There is also a registration fee of 3%, paid by the buyer. 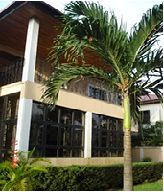 Nigerian rental market practice is extremely favorable to the landlord.

Rent: Rents are freely determined; the Rent Control Law of Lagos is not implemented. Rents are paid well in advance, for two to three years.

Tenant Eviction: Because the court system is cumbersome and expensive, most landlords prefer to evict tenants using an assortment of tricks, phony legal cases, intimidation, locking out tenants or physically throwing them out of the unit.

Nigeria’s economy is now visibly the largest in Africa after it “rebased” its gross domestic product (GDP) for 2013, from US$270 billion to about US$510 billion. That compares with South Africa’s GDP of US$370.3 billion and Egypt’s GDP of US$285 billion at the end of 2013.

While the revised figure makes Nigeria the 26th biggest economy in the world, the country lags behind in terms of income per capita, with US$2,260 for each citizen in 2016 – that compared to South Africa’s income per capita of US$5,000.

The rebasing of Nigeria’s GDP has boosted interest from international property developers and foreign homebuyers to invest in the country’s real estate market.

However, since the peg to the US dollar was abolished in June 2016, the Naira has been falling sharply, resulting to a contraction in the overall size of the economy. After maintaining an exchange rate of NGN 197 = USD 1 for about 16 months, Nigeria’s central bank decided to move to a “purely” market-driven foreign currency trading to alleviate the chronic foreign currency shortage that hinders economic growth. In just seven months, the Naira lost about 38% of its value, with the monthly average exchange rate standing at NGN 317.6 = USD 1 in mid-January 2017.

2016 was Nigeria’s worst recession in over two decades, with the economy in technical recession, combined with persistently high inflation and rising unemployment. The economy contracted by 0.36% in Q1 2016, 2.06% in Q2 2016 and 2.24% in Q3 2016, amidst lower hydrocarbons revenues, tight capital controls and the continued volatility of the domestic currency.

In December 2016, nationwide inflation stood at 18.55%, sharply up from 9.6% in the same period last year, with the highest increases seen in housing, electricity, water, gas, and clothing materials, according to the Nigerian National Bureau of Statistics (NBS). After an annual average of 16% from 2001 to 2005, inflation declined to an average of 10% from 2006 to 2015.

Investing in Lagos in a time of recession