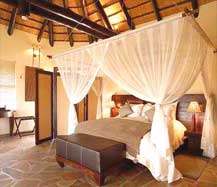 House prices in Namibia continue to rise, albeit at a slower pace. But house prices in the capital Windhoek are now falling, and demand is now declining sharply.

The First National Bank (FNB) housing index for Windhoek soared by about 26% during the year to July 2014, while nationwide median house prices rose 11% over the same period to around NAD709,749 (USD61,448).

Yet the First National Bank expects Namibian house prices to rise about 15% this year, on the back of strong economic growth, robust consumer demand and rising mining exports.

Maybe - but the most recent figures show property demand struggling. Property volumes were 20% down on last year during the year to July 2014. All property segments saw declining volumes, with the upper price segment registering the biggest volume fall of 22% y-o-y in July 2014.

Yet despite falling property volumes, net mortgage advances rose by 11.7% y-o-y in July 2014 to bring the total outstanding consumer mortgages to NAD25.6 billion (USD2.22 billion), according to Bank of Namibia, the country's central bank. An additional 208,000 sq. m. of land was mortgaged by property developers, with a maximum potential for 485 free standing homes, which brings the cumulative house delivery potential to 8,435 freestanding homes for 2014, according to the First National Bank.

Namibia's economy is estimated to have grown by 5.3% this year, after growing 5.1% in 2013 and 5.2% in 2012, mainly due to robust construction works, recovery in agriculture and sustained growth in wholesale and retail trade, according to the Bank of Namibia.

House prices in Namibia are rising faster than household incomes. Namibian households must earn at least a monthly income of NAD23,000 (USD1,991) to afford an average residential property, according to Namene Kalili of FNB Namibia Holdings.

The residential real estate market has experienced strong and constant growth since 2001 due to good macroeconomic fundamentals such as low inflation and interest rates.

The Namibian dollar (NAD) continues to weaken against the US dollar. In Q3 2014, the quarterly average exchange rate stood at USD1= NAD10.7607.